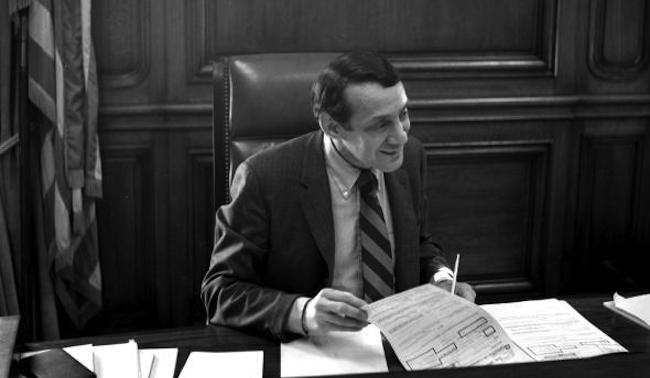 Via The Harvey Milk Foundation

Before becoming a the first openly gay person to be elected to a public office in California in 1977 and sadly being assassinated, Harvey Milk who is seen as an early advocate for the LGBTQ rights movement in the 1970s, was a member of the United States Navy for 5 years and served during the Korean War as a diving officer before being honorably discharged from the armed forces reaching the rank of Lieutenant junior grade. Now, the Navy will be honoring Milk by naming a ship after the civil rights crusader.

The oil tanker will be named the USNS Harvey Milk and will be part of a fleet of ships all named after civil rights icons such as Sojourner Truth, Robert F. Kennedy, and Lucy Stone. San Francisco politician Scott Wiener has been trying since 2012 to have the Navy name a ship after the late politician stating,

“When Harvey Milk served in the military, he couldn’t tell anyone who he truly was. Now our country is telling the men and women who serve, and the entire world, that we honor and support people for who they are.”

Until 2011, LGBTQ individuals were banned from the armed forces and could not serve openly facing a dishonorable discharge if they did.  Some individuals who knew and worked with Milk are a little uneasy about the honor. Cleve Jones who was mentored by Milk during the 1970s said that Milk was a member of a movement that was “strongly rooted in anti-militarism”, but would probably get a kick out of it and make jokes about “providing oil for sailors.” Despite his anti-war stance towards the end of his life, Milk was extremely proud of his service in the Navy and was wearing his US Navy diver’s belt buckle on the day he was assassinated.

(Via Mashable & The Guardian)