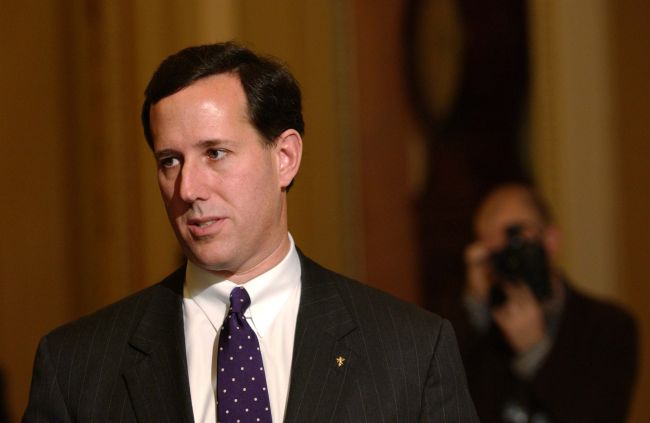 One good thing about the Iowa Caucus during this election cycle is that the herd for the Republican nomination is finally thinning. Rick Santorum, who won the Iowa Caucus in 2012, but lost in spectacular fashion on Monday, is expected to announce that he’s dropping out of the race later on Wednesday.

According to the Washington Post, Santorum put forth a lot of effort to win Iowa, visiting all 99 counties in the state in almost 300 appearances. But alas, he finished in second to last place. In 2012, Santorum built up a ton of momentum as the Christian conservative candidate. In 2016, Mike Huckabee, Ben Carson and others overshadowed him in that space.

Huckabee and Rand Paul have also dropped out after losing in Iowa.

Ironically, Santorum will announce the end of his bid on Fox News. According to Breitbart, in the lead up to Iowa, he accused Fox News of ignoring him, and specifically criticized Bill O’Reilly and Megyn Kelly for refusing to book him on their shows, despite the fact that he won the Iowa Caucus and 10 other primaries back in 2012. He also blamed Fox News head honcho Roger Ailes for looking at this political contest as a business, thus giving less access to certain candidates like him. He called relegating some candidates to undercard debates as “stacking the deck.”