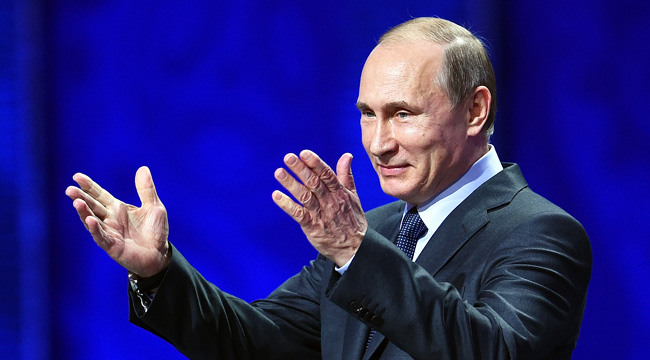 U.S. authorities are zeroing in on culprits in the ongoing investigation of the Democratic National Committee email hack. Intelligence officials are now highly confident that the Russian government was behind the hack, which revealed incriminating emails and documents from the DNC. But the Russian government has denied any involvement and, in the process, created a tricky predicament for the U.S. government.

Intelligence officers are not sure whether this was a “routine” round of cyberespionage by lone hackers or a concerted effort to manipulate the outcome of the 2016 U.S. election. Some believe Russia is trying to help elect Donald Trump president, but he has laughed at this notion:

In order to try and deflect the horror and stupidity of the Wikileakes disaster, the Dems said maybe it is Russia dealing with Trump. Crazy!

Some of the emails released have shown to mock the Bernie Sanders campaign, which lends credence to notion that the hack was meant to divide the Democratic Party. In the aftermath of the leak, DNC Chairwoman Debbie Wasserman Schultz has resigned, and Sanders has done his best to try to put out the fire, but has not been met warmly.

Russia has denied any involvement and scoffed at the notion it would have any interest in U.S affairs. Kremlin spokesman Dmitry Peskov said the U.S. is trying to place the blame on Russian and create news:

“We are again seeing these maniacal attempts to exploit the Russian theme in the U.S. election campaign. This is not breaking new ground, this is an old trick which is being played again. This is not good for our bilateral relations, but we understand that we simply have to get through this unpleasant period.”

No matter what, the U.S. finds itself in a difficult situation here. Publicly accusing the Russian government of the hack could create diplomatic tension, which was already tense.

(Via The New York Times and Reuters)