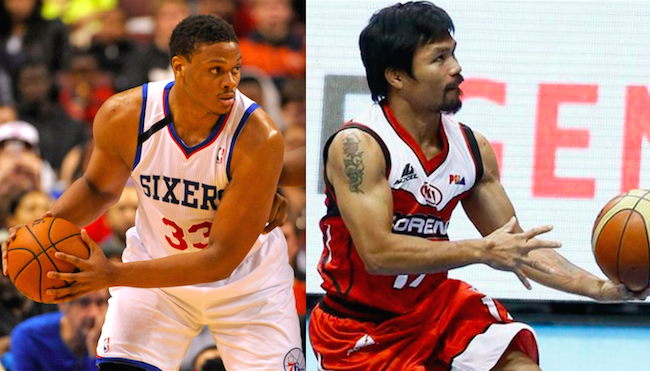 They love Manny Pacquiao in the Philippines. And if you don’t, then get the hell out! Or at least that’s what the local professional basketball league – in which the boxing legend serves as player-coach for the Kia Carnival squad – seems to think.

The Philippines Basketball Association acted swiftly and aggressively to discipline the 24 year-old.

“This office disapproves of and frowns upon the cavalier manner in which Mr Orton issued his comments and the unwarranted antics and liberties he has taken with the league and a fellow player,” PBA commissioner Chito Salud said in a statement.

“This insulting behaviour will never be condoned by this league.”

“Everyone is angry at him… it is like he went to the United States and insulted the name of Martin Luther King,” Rene Pardo said.

Orton, meanwhile, didn’t seem too upset at his abrupt banishment from Pacquiao’s league.

I thank God for my time in the Philippines and thank Purefoods for everything. I wish the team the best of luck this conference!! God Bless!

His reaction is understandable. Who would want to play in a place where criticism of an opponent would be met with such a response? It’s not like the 6-10 behemoth will struggle to find other playing opportunities, either.

Then there’s the fact that Orton’s assessment seems fair at the very least. Pacquiao is a wonderful boxer, but success in the ring hardly translates to the court. Case in point: