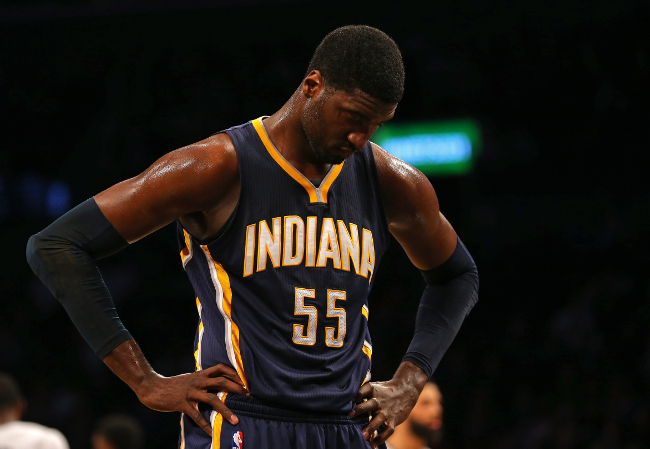 With their desire to move to a faster-paced offense, the Indiana Pacers are aggressively shopping Roy Hibbert in trade talks, according to Adrian Wojnarowski of Yahoo Sports.

Hibbert has $15 million left on his contract, but the contract expires after this year. He had a down year with the Pacers, but could bounce back with another team. The rift between the Pacers and Hibbert has been growing for some time now, and it appears as if it’s only going to get wider. Another sign of Hibbert’s time coming to an end: the Pacers selected big man Myles Turner with the 11th pick in the draft.