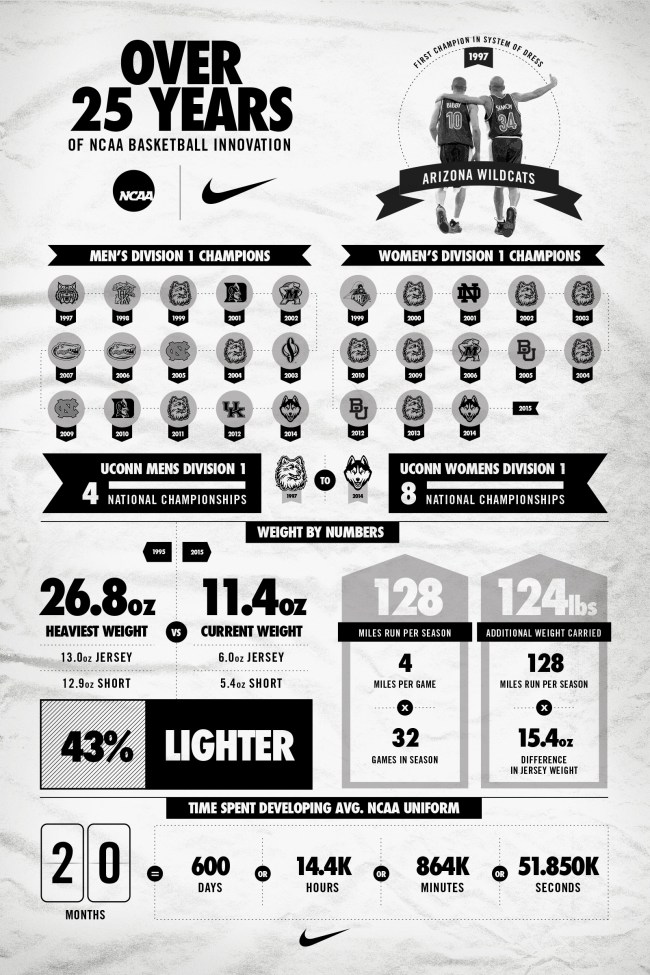 Nike has outfitted college basketball’s top programs with the most fashion-forward and cutting-edge on-court apparel for over 25 years. What began with heavy mesh jerseys and revealing short shorts in 1990 has fully evolved to the Hyper Elite Disruption uniform in 2015, the game’s culmination of performance-enhanced style.

Threads of today’s leading uniform were initially weaved five years ago upon introduction of the Hyper Elite. And while 2010’s kit still easily outpaced the competition, the Hyper Elite’s progression to this season’s version is a perfect example of why Nike will continue outfitting the NCAA’s most notable programs for decades to come.

The Hyper Elite uniform was the first to put supreme performance focus on weight, and directly informed by testing and insights from Kobe Bryant, LeBron James, and other Team USA members who won gold wearing it at the 2008 Olympics.

Pro Combat baselayers and Aerographic jerseys combined with engineered mesh not only reduced uniform weight by 31 percent, but also allowed for for dynamic, breakthrough graphics like Duke University’s iconic chapel. 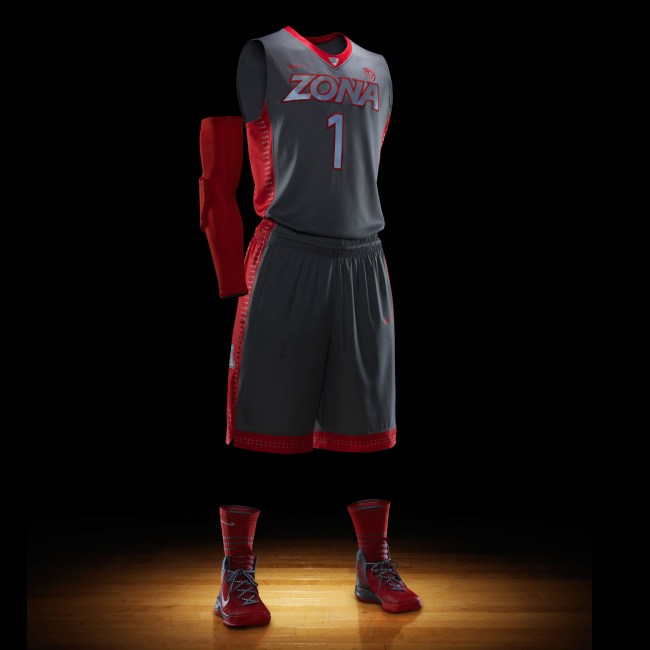 Two years later, Nike picked up where it left off by updating the Elite series with uniforms that were five percent lighter than previous iterations and made from 98 percent recycled fabric.

True to form of the world’s leading athletic brand, though, the Hyper Elite Platinum hardly sacrificed aesthetics for effectiveness or environmental awareness. Distinct, team-driven designs were made possible though use of full Nike Aerographics back panels — the final piece in a puzzle that solved for performance, style and sustainability.

Nike paid homage to storied tradition of select college basketball programs with the Hyper Elite Dominance in 2014. Possessing all of the performance innovations of uniforms past, it also furthered them while reminding fans across the country of the teams’ celebrated pasts and presents.

Less is more, and that’s never been more evident for Nike’s college basketball programs than what they’ll wear this March. The Hyper Elite Disruption is the brand’s lightest uniform to date and evokes school heritage through cutting-edge graphics fused with game-changing thermoregulation.

Each school’s home uniform will feature a white base with program-specific lettering and coloring. The shorts are marked by a 26-degree speed graphic of an iconic symbol of each school across the side, and represents a distinctive “cut” that a player might make in the course of a game. 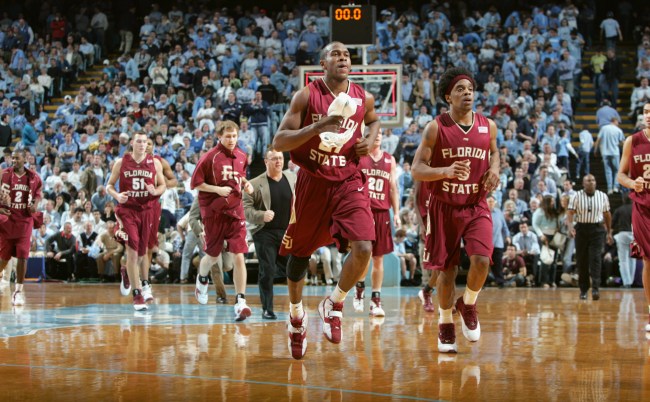