Reebok Unveils The ‘Z Pump Fusion’ In New York, And We Were There

Even those people who could care less about basketball remember the game-changing technology from Reebok when the “Pump” debuted in 1989. The Pump was everywhere and it became even more popular when Dee Brown pumped up before winning the 1991 Dunk Contest. On Wednesday, Reebok unveiled their latest pump, the first time they’ve updated the technology since it’s birth. We were invited, along with scores of other media from around the world, for a first look at the “Z Pump Fusion.”

The Wednesday unveiling featured a number of interactive displays at Spring Studios in Tribeca The actual experience was as immersive as the shoe was snug like a slipper. 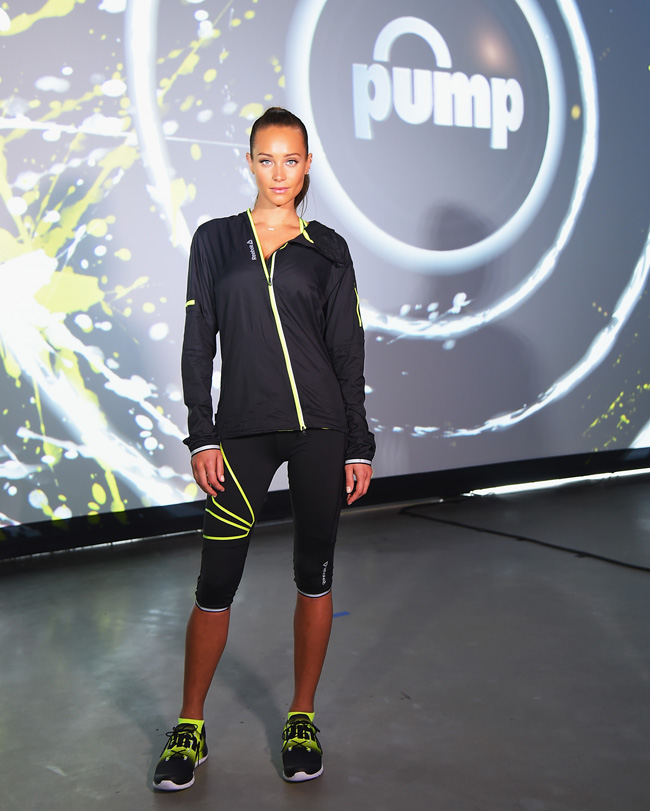 UFC founder Dana White was in the house, too and took the mic to help unveil the new Reebok ad featuring the Z Pump Fusion and starring the UFC Light Heavyweight champ, Jones.

The celebrities stuck around for the interactive portion after the presentation, but we had to leave.

The item of the hour was the shoe itself, and the most remarkable component we took away wasn’t the pump technology, though that’s usually been our favorite part — there’s something very satisfying in pumping up the kicks…

No, it was the tripartite engineering that looked so novel. Most sneakers have a number of discordant parts that are sewn, glued or otherwise fused together to form the sneaker you buy at the store. But with the Z Pump Fusion, it’s just the three parts:

The Pump technology – The revolutionary air-filled cage is lightweight and fully customizable that pumps up and wraps around the individual shapes and contours of the foot to deliver a custom, locked-in fit to achieve maximum performance.

The Fusion Sleeve – The Fusion Sleeve is a four-way stretch sleeve that holds together the key components of the Z Pump Fusion. A lightweight and seamless compression sleeve, it fuses The Pump technology to any runners’ foot to provide improved control and comfort as you run.

ZRATED outsole – The high-speed, underfoot performance that is essential to any high tempo running shoe is provided by the ZRATED outsole. Inspired by high performance ZRATED tires, the edges and underfoot grooves provide increased handling and control so runners can stop, start and turn on a dime.

We found this video a lot more informative than some of the gobbledygook above.

The actual fusion technology is as simple as putting those three parts components together to form the linear sneaker that fits like a glove instead of the traditional shoe, even a training shoe.

Here’s a 360-degree view of our black/charcoal pair:

The first four colorways — white in the women’s offerings and black/charcoal for the mens, with red and the standard citron color for both — will be available on March 10, 2014 at retailers including Finish Line and through www.reebok.com.

More colors and styles will follow, so every time you go into the store, a new pattern, or hue will be available for purchase. Stay tuned with DIME for updates. and check out more pics of the new kicks below…