What was the more likely outcome here: A massive Anthony Davis block or incredible Steph Curry finish? It speaks volumes of the Golden State Warriors superstar’s wild shot-making ability – not just from beyond the arc, of course – that the latter seemed possible at all.

Curry is 6’3, 185 pounds and hardly blessed with the explosive athletic ability to absorb and shoot through contact. But a guard doesn’t need an ideal physical profile to finish with the best of them as long as he boasts understanding, nuance, and touch. The league’s three-point king has those attributes in spades, of course, and used them on this play for a crazy lefty finish after taking a hit from basketball’s best shot-blocker.

You think a reverse lefty layup around Davis isn’t strong? 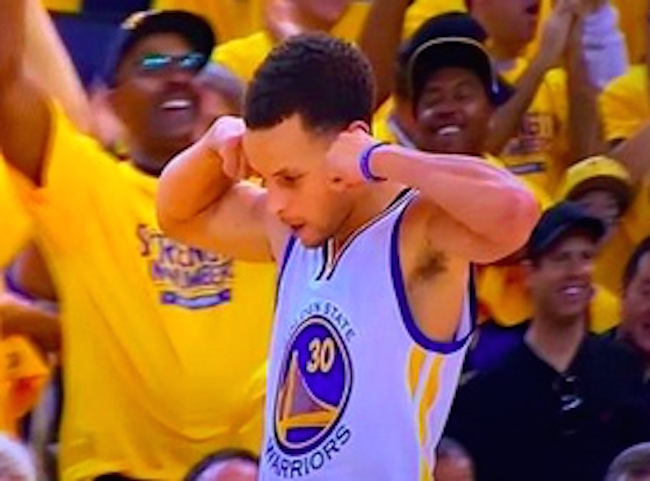 For all the deserved and sustained excitement over Curry’s long-range bombs and ankle-breaking dribbles, the biggest improvement in his game this season came at the rim. He shot a career-high 66.5 percent from the restricted area in 2014-2015, a number over six points higher than his previously established high set last season.

Despite Curry’s physical disadvantage against Davis, then, maybe this outcome shouldn’t have been surprising after all.