This Week In Posters: Have We Reached Peak Character Poster?

This week in This Week in Posters, the character posters have finally gotten out of control. It is my firm belief that not every character in every movie requires his or her own poster. Nonetheless I’ll do my best to shepherd you through them.

We begin this week with Acts of Vengeance, starring Antonio Banderas, which I’m going to go out on a limb and say is probably a revenge movie. I like that he’s standing in the middle of an actual fire. “He’s bringing hell with him” and whatnot. And with TWO GUNS! You know a guy’s serious when he has two guns. If he gets an itch above his eyebrow, what’s he going to scratch it with? Probably a gun. Related: why are the revenging men always wearing suits? Doesn’t anyone ever seek revenge in sweat pants and a Big Johnson shirt?

It’s not the most visually fascinating poster I’ve ever seen, but I confess I’m a sucker for any doc poster that looks like a dossier. MMMmmmm, gimme them secrets!

First off, credit where credit’s due: thank you for lining up the names with the faces. That being said, I never understand the weird fuzzy focus posters where the characters are all smiling but looking in different places. What is this, an ’80s yearbook?

I also enjoy the font strategy where the “from the executive producer of…” gets tiny, lower-case font, and “SILVER LININGS PLAYBOOK…” gets giant capitals.

Could that be because the executive producer is often just the guy who signed the checks? Anyway, so far the most intriguing thing about this is that trick car seat.

The heart of a nation, eh? Is he standing inside the heart? Is that what the background is? Is his heart on fire? Hence all the smoke? Hey, fella, is that an incense lantern in your pocket or is your heart on fire? And did he make that pocket watch out of Rampage Jackson’s neck chain? I guess you could say this poster raises a lot of questions.

Oh good, a movie from the Atonement guy focusing on all the most well-worn facets of the Winston Churchill legacy. Maybe they’ll pass out spoons with which to gag ourselves?

I don’t have a clear idea what this movie is about but I like that the poster looks like a futurist painting from the ’20s.

Here’s the poster for Gates of Darkness, aka the Five Emo Kids You Meet In Hell.

Remember how I said the character posters were out of control? Here’s Exhibit A. No, Gates of Darkness does not need five character posters. Also, why wasn’t Adrienne Barbeau’s name on the original poster? She’s the only one of these people I’ve heard of.

What an exciting pose. So Adrienne Barbeau gets siamese tumors of herself growing off of her and *squints* Alisha Boe gets… this? Let’s just agree that not everything needs five character posters from here on out. (No, I’m not going to include the other three.)

Oh yeah, John Travolta as John Gotti, I can’t wait for this. When I first heard about this project, all I could think about was a bunch of insanely homophobic mob family members hearing that their patriarch was going to be played by, er, John Travolta. Now all I can think about is John Travolta playing Robert Shapiro, and how I want John Travolta in awesome eyebrow merkins to play every historical figure. Why isn’t this poster a giant closeup of John Travolta? Why isn’t it a cable show? This should be a cable show with cameos by David Schwimmer.

In case you can’t read the writing, this poster, with the creepy doll and the candle melting blood, is for Happy Death Day. I can’t tell if it’s supposed to be a parody or not. That’s probably true for a lot of horror movies.

What a cool poster! Too bad it’s for Jigsaw. This poster makes it look like Jigsaw is a soul singer, which I would watch.

Good Christ, how many more of these “old firecrackers are a kick in your pants” movies is Morgan Freeman going to star in? And how the hell did they Tommy Lee Jones, the grumpiest actor in Hollywood, agree to star in one? I don’t know what it would take to get me to see this movie, but I would pay to watch Tommy Lee Jones look up from the script staring daggers at the writer. I bet everyone on the set could hear his teeth grinding between takes.

Oh hey, did anyone want more character posters? Good, because here’s a new batch from Justice League. This one features Aquaman, whose superpower is having a massive tumor growing out of the right side of his frontal lobe.

And here we have Batman, who is blue for some reason. His bat ears are shorter in this suit. That’s always the big question on everyone’s mind when there’s a new Batman out — “What will the bat ears look like?”

Which is weird because… bats don’t have pointy ears? They have round ears. They’re basically like flying rats. But I suppose it would look pretty weird if Batman was out there running around looking like he was wearing Mickey Mouse ears.

Does anyone know what this cyborg character is called? I’m not looking this up. Anyway, I think it’d be cooler if he was just a face with no skull behind it. They’re hinting at it, why not go all the way?

The back of Flash’s head looks like a sports car. Neat. I don’t know why he’s giving us the cold shoulder though.

Why the different colors? Are they Power Rangers?

*Siiiigh* and here we have yet *another* batch of character posters, this time from Gunther. That’s the movie where Arnold Schwarzenegger plays the world’s greatest assassin and everyone’s trying to kill him. So I guess the concept is that Arnold Schwarzenegger’s character is the one defacing these character posters of the other people. Maybe I’m bringing my own Arnold baggage to this, but Arnold doesn’t strike me as the type of guy who sits in his room bitchily writing in his burn book.

“I’m not as cool as Gunther” would be the saddest thing for a guy named Gunther to doodle in his yearbook. It’s sad when your posters have cool art and extremely lame text.

Yep, there are still three more of these posters.

The cyborg likes to choke himself? I was about to say that these are starting to get interesting, but now I’m mainly confused.

Oh I get it: She’s the other twin.

I’m sorry, don’t try to sell me a poster where everyone is staring down the camera trying to look like a historical badass if one of them is Josh Gad.

(But he was good in Book of Mormon!) ((You’re required to say that every time someone mentions Josh Gad.)) 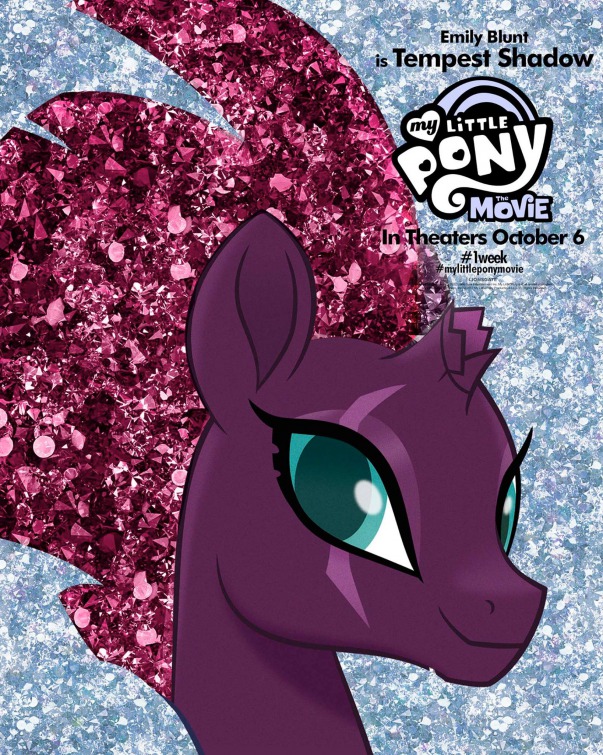 This has to be like the seventh batch of My Little Pony character posters at this point. So no, I am not posting all of them this time.

Does this count as a character poster? I’m going to say yes. As I said, character posters are out of control. Also, is this the overused teal and orange color scheme everyone’s always complaining about? I’m colorblind so it doesn’t really affect me.

Rise up! Get it? Because it’s Pacific Rim: Uprising. Exciting. I guess the concept here is that someone is painting stencil propaganda posters for the robot fighters.

I admit, these would seem impossibly badass if I hadn’t had to sit through the first Pacific Rim. “Uprising.” Ten bucks Guillermo Del Toro makes a boner joke during the press tour.

Oh jeez, are we still doing this? Two more Pitch Perfect movies and it’s going to evolve into a Bad Moms spinoff.

Hot damn, Crispian Belfrage is in this? I already have my money out. Me and all the other Crispianthusiasts out there.

I would love to tell you whether they lined up the faces with the names for this one but I have no idea. 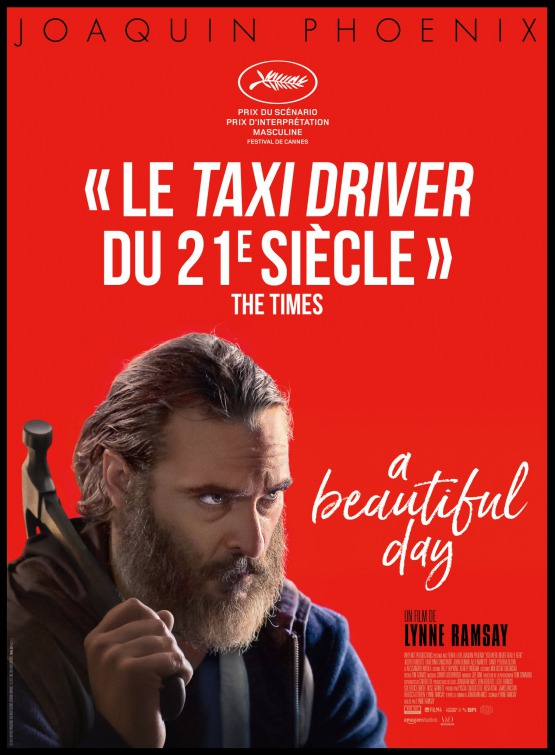 I don’t speak Fronsh, but I’m pretty sure that tagline is “The Taxi Driver of the 21st century.” And then it’s got crazy hobo Joaquin Phoenix in it. Yes, I am here for this.