I’m just going to put this out there: 90 percent of paper money in your wallet has fecal matter on it right now. Possibly mercury, pesticides, even a touch of anthrax. All cuddling together, having a party on George Washington’s face.

Can you see how maybe money is the root of all evil? In a way, that’s the premise for why the world gets so utterly screwed in the video game Tom Clancy’s The Division, as a devastating epidemic briskly sweeps across the world. Presumably, at the hands of germ-infested money. At least in part.

New York City in particular gets locked down under quarantine along the way while a task force called the Strategic Homeland Division (The Division, for short) becomes our nation’s last hope. 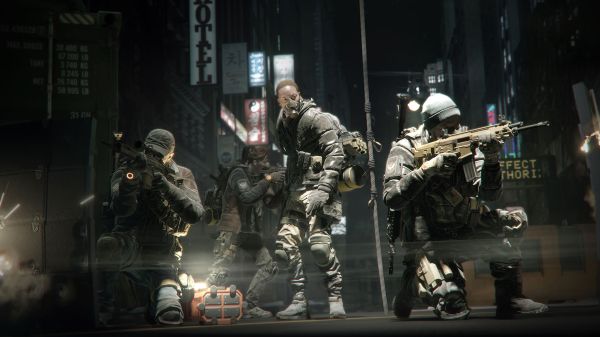 In reality, that’s not happening — but you can see how one day it could if we keep treating our money like a public toilet.

“A bank note in many ways is like a petri dish,” says Nabil Lawandy, CEO of Spectra Systems that uses a machine called Aeris to clean around 120,000 bank notes every half hour. Along the way, this process removes “fatty acids, triglycerides, toxic substances… and all forms of bacteria, including spores, which are pretty resilient viruses.”

They’re literally laundering money and saving taxpayers the money it takes to replace filthy money along the way. 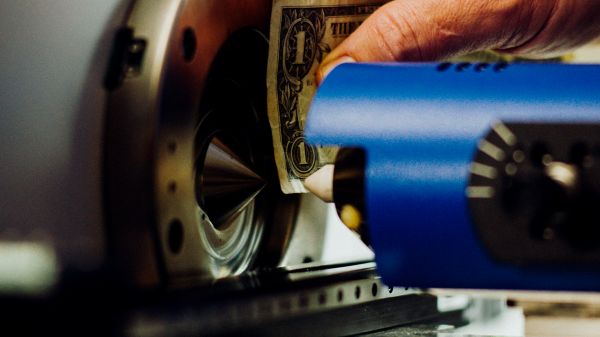 I know what you’re thinking. Come on, is the problem really that bad? I’ve been in a mosh pit at Coachella, it can’t be worse than that? Well, it is… according to environmental microbiologist Chuck Gerba.

“Money… that’s how germs move around, one person to the next,” says Gerba. “You’re actually coming in contact with other people’s germs all the time that you’ve never met… and will never know.” Truth be told, a live flu virus can live on money for up to 17 days.

Seventeen days. Take that in… and here’s a link to Paypal. You’re welcome.

Hank Eskin, founder of the website WheresGeorge.com, a site that tracks how far currency travels across the globe, likes to tell this story, based on what’s been entered at the site.

“Sometimes the bill will be entered Saturday night from a strip club… and then the very next day, somebody will say, ‘We found this dollar bill in the collection plate at church,’ or vice versa,” says Eskin with a wink about the ungodly coincidence.

All worth taking with a grain of salt since your garden variety hand sanitizer can absolutely crush most (if not all) of what you’ll pick up on paper money.

That’s the good news. The not-so-good? Before you sunk your teeth into that bagel you paid cash for this morning, you may’ve put a microscopic strain of poop on it.

The more you know.