Those of us who grew up in the ’90s fondly remember Ecto Cooler, a Ghostbusters tie-in juice flavor that was released in 1987 and remained a favorite of people who like their juice to look/taste like simulated slime until 2001, when it was rudely sucked up into a spirit-busting machine and disappeared from store shelves, prompting sadness and outrage. Now, after months of speculation, Coca Cola’s announced that it’s re-releasing the iconic juice, bringing you all that great flavor (which, you guys, it’s supposed to taste like ghosts, right? That’s weird, right?) in some new and exciting packaging.

According to a press release, the reboot of the juice will hit shelves May 30th to coincide with the release of the Ghostbusters movie reboot, which will hopefully see lots and lots of people enjoying the new film while sucking down the taste of their childhood. The juice will be sold in both box and can form and Slashfilm reports that the cans will be further enhanced by special ink that will make the cans look slimy when they’re cold. Everyone’s excited abut the news, but no one’s asking the real question here–namely, why were we all so delighted to be drinking ghost remains as children and WHY ARE WE LETTING OUR CHILDREN DRINK GHOSTS NOW? 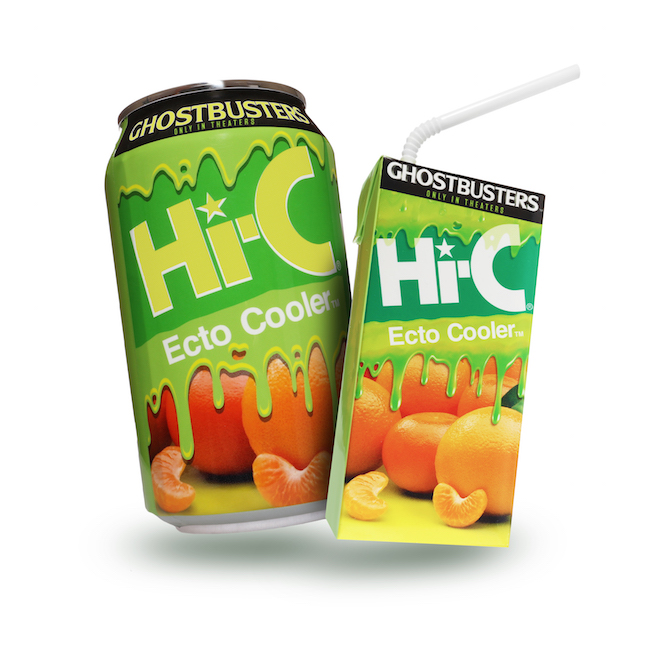 One more important note: Slimer will not be making a return appearance on the cans and boxes. In fact, the new packaging is a little more stylish than what we had back in the day:

It’s not an apparition. Taste the Ecto this summer. #EctoCooler pic.twitter.com/xa4yTf29P0

But, to be fair, we didn’t have color-changing cans, either. There’s even a website!

The most exciting thing of all, of course, is that you can enter for a chance to drink some ghosts before any of your friends and relatives get to by entering a sweepstakes. All you’ve got to do is retweet Ecto Cooler on Twitter  or comment on the official Facebook page. Official rules here.

Really can’t wait? You can make your own juice at home!