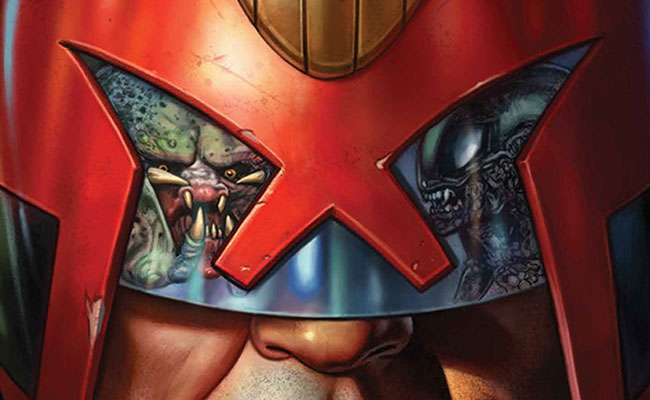 Comic crossovers seem to be all the rage now, from the mundane to the downright insane. If you were to ask me to classify the latest crossover by Dark Horse Comics, I’d probably classify it in the “downright insane category.” Why? Because it’s Predator vs. Judge Dredd vs. Aliens. Now, sure, this isn’t the first time that these three franchises have clashed prior, but never in such a grandiose way as this special, four-issue run from writer John Layman and artist Chris Mooneyham.

According to io9, the premise for the comic is that Judge Dredd is hunting down a rogue genetic scientist who got his hands on a Xenomorph skull with his devious plans involving making his own breed of alien. Why someone would want to create a hybrid of a crazed, genocidal alien is beyond me, but Judge Dredd is hot on his trail when a Predator makes an appearance. If this doesn’t sound exciting to you then it might be time for a checkup, because that is the formula for a lot of action.