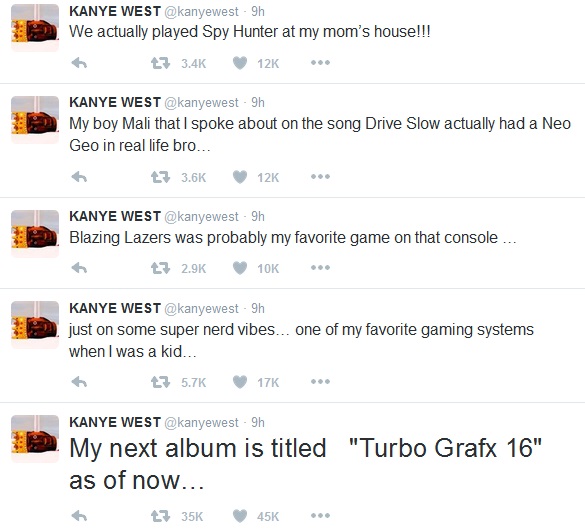 Kanye West just dropped “The Life of Pablo” but already has a name for his next album in mind. He wants to name it after a gaming system called Turbografx 16 that was released in the U.S. in 1989. Turbografx 16 was successful in Japan but failed to take off in the U.S. Keep in mind Kanye changed the name of his current album a few times so we will see if this names sticks.