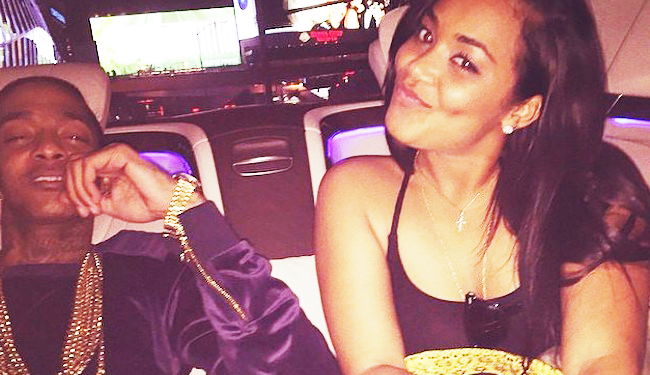 Dream big because dreams do come true, kids. In 2009, Nipsey Hussle openly lusted after Lauren London in an interview where the rapper listed her as his number one pick for his “Top 5 Celebrities He Would Smash.” The ATL actress seemed unattainable back then, having just given birth to Lil Wayne’s son. Fast forward seven years and now it’s Nipsey’s baby Lauren will be giving birth to.

The surprising news was spilled by T.I., out of all people. During a radio interview with z107.9 Cleveland, the 35-year-old rapper discussed the anticipated ATL sequel and revealed London, who played rich and ratchet New New in the coming-of-age flick, was pregnant.

“Ay man, we’re working on it presently. We got a couple obstacles in our way, like my lil sis man — she’s about to have a baby,” Tip disclosed. “So, we’re going to have to let her get that time out of her system and when she’s back in New New shape we’ll be ready to role.”

While they share two kids from previous relationships, this will be the Hussle and London’s first child together.