Towkio Responded To Rape Allegations Made By An Ex-Girlfriend

In the wake of the discussion surrounding Surviving R. Kelly, the six-part Lifetime documentary series detailing the singer’s 20-year pattern of alleged sexual abuse, even more women have come forward with allegations against other entertainers, including Chicago rapper Towkio, who is best known for his association with Chance The Rapper, who also appeared in the documentary, and other prominent members of Chicago’s hip-hop scene.

On Sunday night (January 6), a Twitter user going by the name of @pppermint tweeted, “February 2016, I was raped, by Preston Oshita aka Towkio.” In the subsequent thread, she detailed a sexual encounter between the two which she said resulted in “a deep and dark depression.” In her statement, she contends that while she initially consented, she eventually withdrew consent due to physical discomfort, only for Towkio to continue anyway. [Trigger Warning: The full thread can be found at the end of the post.]

February 2016, I was raped, by Preston Oshita aka Towkio. pic.twitter.com/lpdwqiWXMm

In response, Towkio sent a tweet of his own with a Notes app screenshot of an explanation and apology. “I am deeply saddened by the recent allegations made by Morgan,” he wrote. “While I absolutely deny these horrible allegations, I feel awful that I would be a source of pain for her. It is my hope that her and I can engage in a dialogue in a place where she feels comfortable to discuss our past relationship and her feelings.”

The full thread of the accusation can be found below. 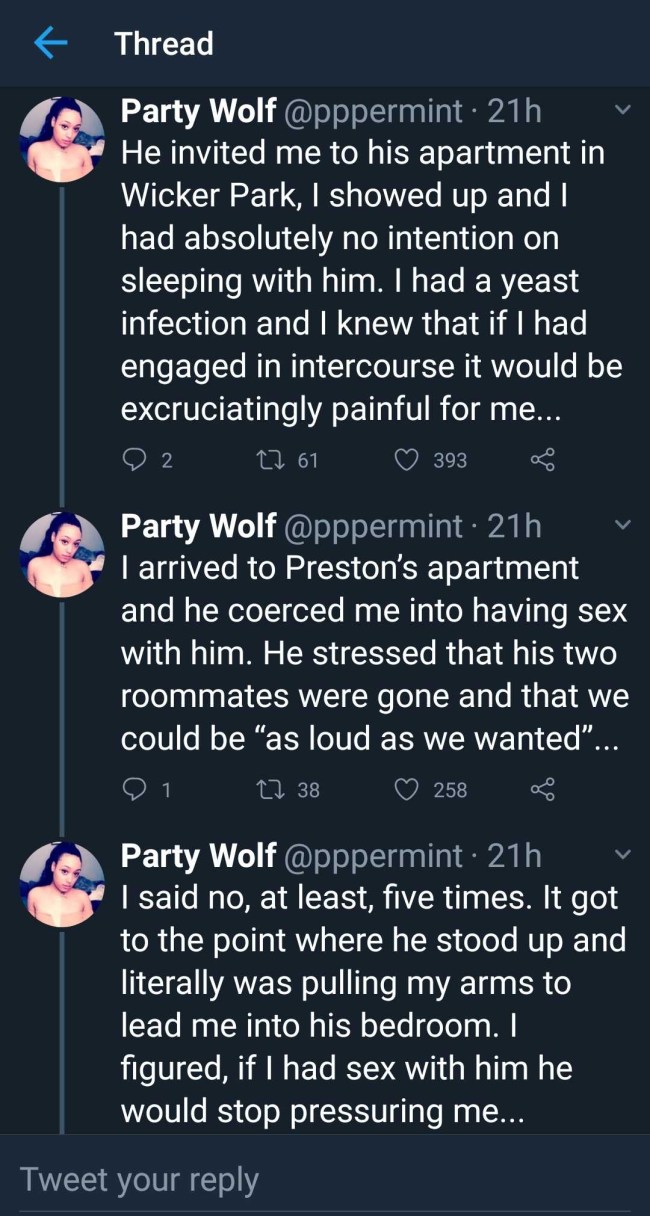 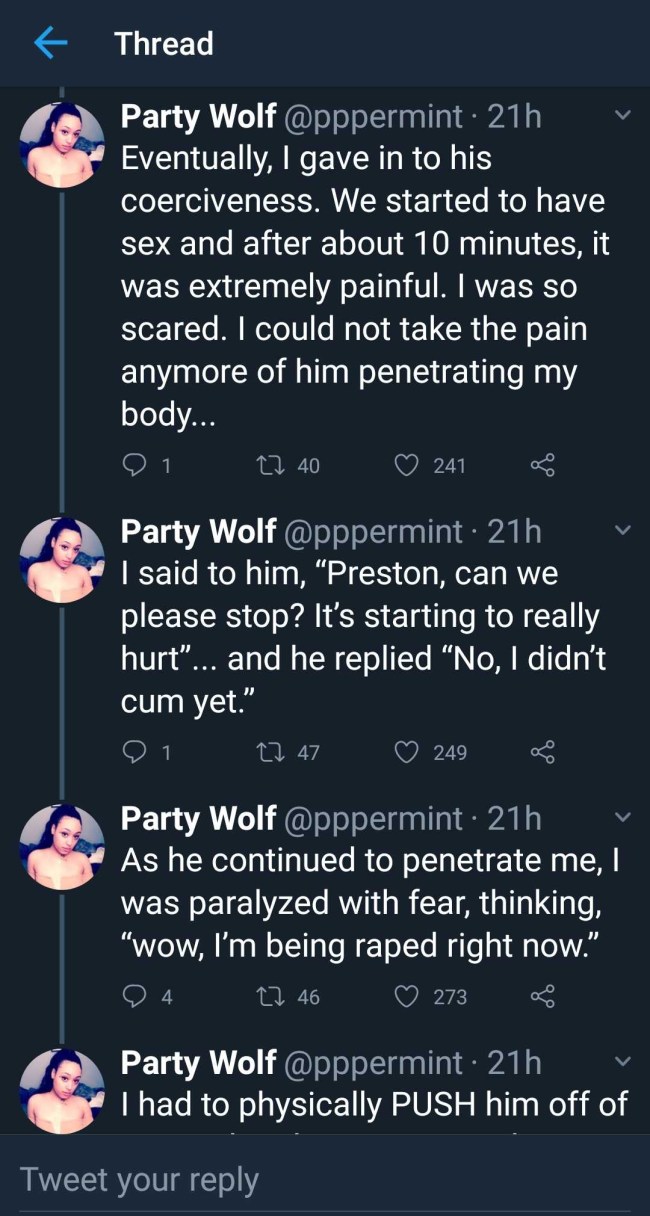 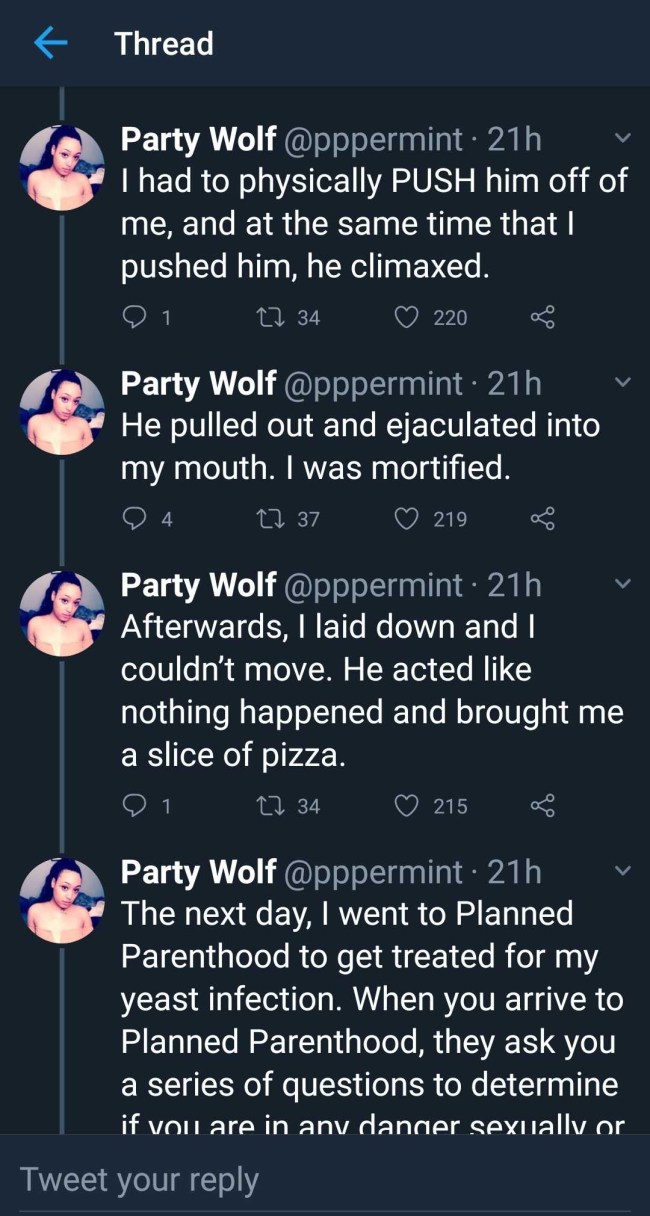 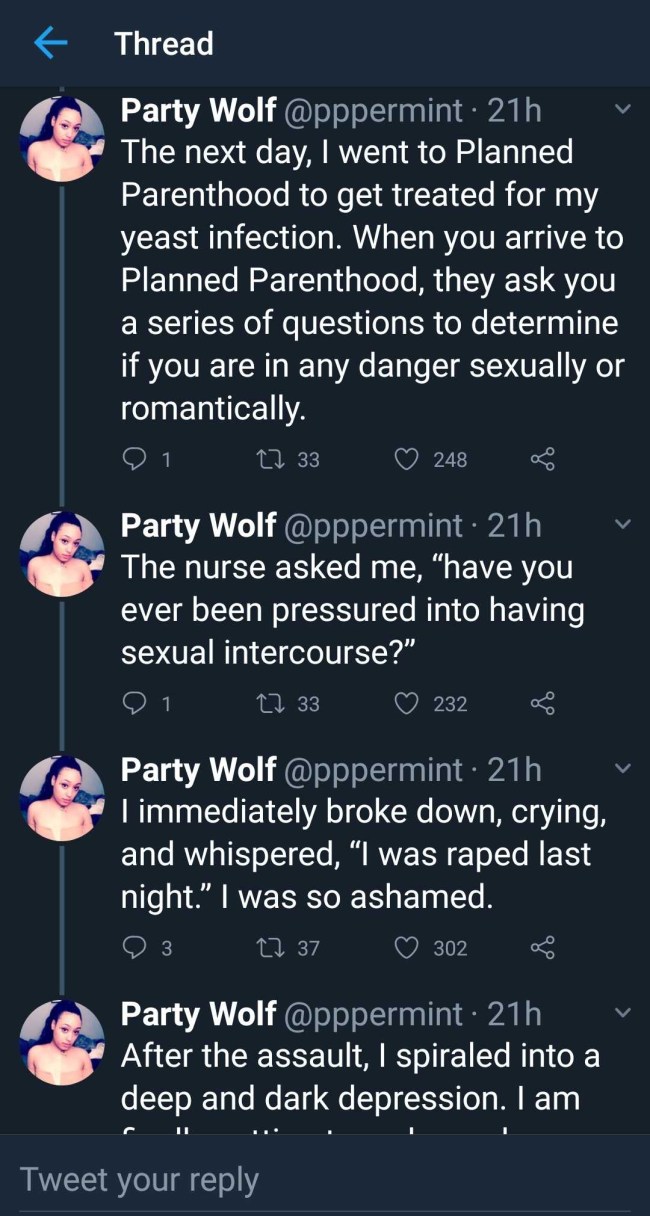 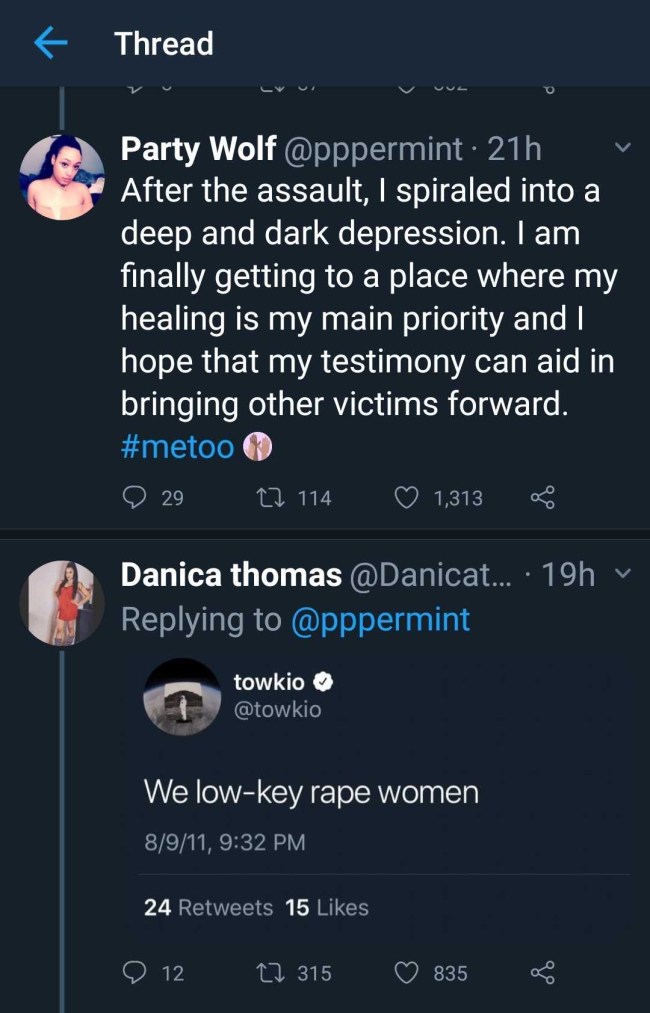