Wale releases his new mixtape, Summer on Sunset, right on time. The project came on short notice after he, along with Jerry Seinfeld, announced the project on Wednesday. But, it wasn’t without warning since he shared several tracks over the past week so it was clear he was leading his Every Blue Moon followers towards something. That something is what he calls “a new chapter.” He talked about the project’s inspiration on Twitter:

“I’ve released so much music in my career and this my absolute transition into a new chapter. I’m extremely confident with everything I got…They told me I shouldn’t make mixtapes anymore cuz of my success. But I truly care too much to just not. This is a project about my life.” 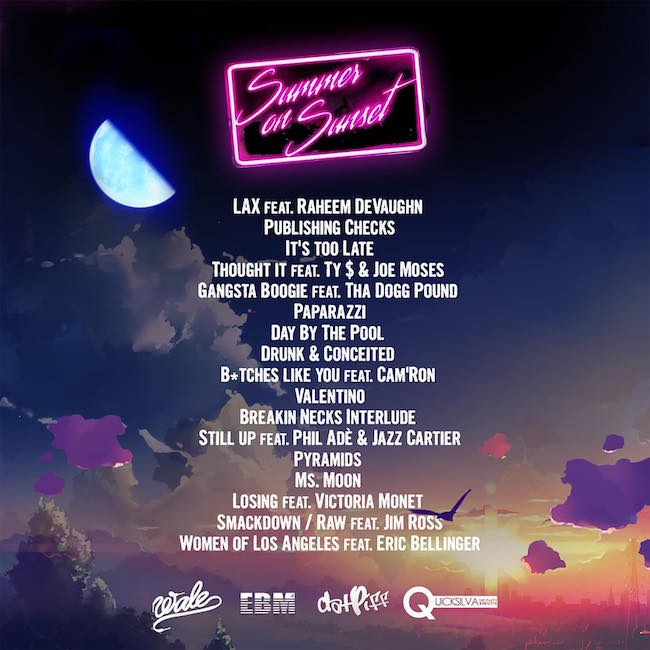