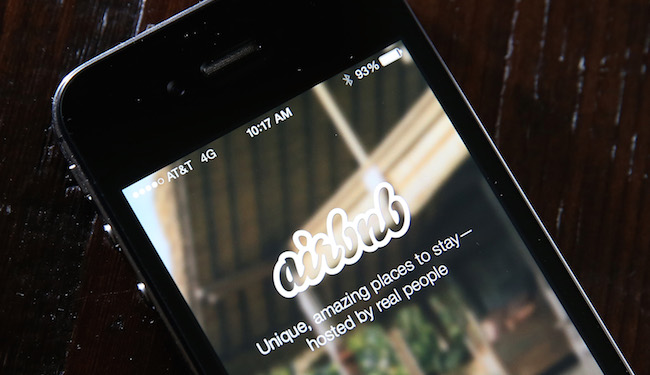 According to a study conducted by Harvard Business School in 2014, black travelers with names like “Jamal” or “Tanisha” have a much harder time finding a musty old futon to sleep on than a “Meredith” or a “Todd.”  This issue, plaguing AirBnb and other sharing economy sites, is similar to when companies skipped resumes from job applicants with “African-American sounding names.”

Michael Luca, Benjamin Edelman and Dan Svirsky sent out 6,400 real AirBnb requests to Baltimore, Dallas, Los Angeles, St. Louis and Washington. As reported by NPR, all the requests were exactly the same, except some of the sounded African-American. What the researchers found was that travelers with African-American sounding names were “roughly 16% less likely to be accepted than their white-sounding counterparts.” And that wasn’t the only finding:

They found discrimination across the board: among cheap listings and expensive listings, in diverse neighborhoods and homogenous neighborhoods, and with novice hosts as well as experienced hosts. They also found that black hosts were also less likely to accept requests from guests with African American-sounding names than with white-sounding ones.

The study was the focus of a recent NPR Twitter chat that asked black travelers to share the racial discrimination they faced when using AirBnb with the hashtag #AirBnbWhileBlack. Many shared their experiences, including Quirtina Crittenden, 23, who said she usually has a tough time booking a room because of her name, and believes the Harvard Business School study to be accurate.

“The hosts would always come up with excuses like, ‘oh, someone actually just booked it’ or ‘oh, some of my regulars are coming in town, and they’re going to stay there,'” Crittenden said. “But I got suspicious when I would check back like days later and see that those dates were still available.”

CBS News political analyst Jamelle Bouie tweeted with the #AirBnbWhileBlack hashtag that even with his good ratings, “my hit rate for a place is roughly one reservation for every four tries.” Another tweeter said they were accused of breaking a TV that was already broken.

I’ll say that despite having good reviews on AirBnB, my hit rate for a place is roughly 1 reservation for every 4 tries. #AirBnbWhileBlack

@Airbnb This #AirBnbWhileBlack Shit Is All Facts… I Have An Account Just To LOOK For Spots So My White Friends Can Book Them For Me ?

One bachelor's degree, one master's degree, and one doctorate's degree later, and I still can't rent your apartment. SMH#AirbnbWhileBlack

About a yr ago I changed my profile pic to me in a cap n gown after several rejections to rent. No results. @GeeDee215 #AirbnbWhileBlack

YES! I have NEVER been able to successfully book an @Airbnb. I have great credit & a decent salary #airbnbwhileblack https://t.co/4muGjbPBg6

White hosts told me days I wanted were suddenly "reserved". The ONE booking I got was thanks to a Black male host. #AirbnbWhileBlack

The "sharing economy" was built predominantly by and for the needs of young white guys. #AirbnbWhileBlack

I’ve decided to just stick to hotels tho. I’m too old & tired to be tap dancing and waving my résumé for a place to stay. #AirbnbWhileBlack

No issues in Toronto, NYC, Jamaica, or Montreal. "Sorry the unit has a pending reservation" in Roanoke VA #AirbnbWhileBlack

#AirbnbWhileBlack is a classic example of "racism without racists."

In a statement to Mashable, AirBnb Head of Diversity and Belonging David King says the company is aware of the problem and are working on it.

“We are committed to making Airbnb one of the most open, trusted, diverse, and transparent communities in the world. We recognize that bias and discrimination present significant challenges, and we are taking steps to address them,” Airbnb’s Head of Diversity and Belonging David King told Mashable in an email. “We welcome the opportunity to work with anyone that can help us reduce potential discrimination in the Airbnb community.”

Maybe, as one Twitter user suggested, AirBnb can start with collecting data on denials.

Does @Airbnb collect data on denials? Should it? Is there a way to track these kind of trends in user decision making? #AirbnbWhileBlack