In an act displaying an immense amount of empathy and compassion, not to mention a strong sense of solidarity, a group of survivors of the Boston Marathon bombing traveled to Orlando to visit with hospitalized survivors of the Pulse nightclub attack. Eight patients still remain at Orlando Regional Medical Center as they continue to recuperate from the shooting of two weeks ago that left 50 people dead. And on Saturday morning, they got to enjoy some time with 10 marathon survivors, as well as three of their service dogs.

Celeste Corcoran, a double amputee due to the 2013 bombing near the marathon finish line of Boylston Street in Boston, said:

“There’s post-traumatic stress and it helps to talk with someone who has been through similar situations. People who try and spread hate, it does the exact opposite, it brings together strangers and we are more tolerant people. What happened was horrific and should never have happened but in their memory we choose to be nice to someone else, to pay it forward.”

Corcoran also told Pulse survivor Angel Colon, “You are Orlando Strong, we are Boston Strong, we are family now.” And Rodney Sumter, a bartender at the club who was shot in both arms during the attack, was invited to attend the 2017 Boston Marathon by bombing survivors Eliza Gedney and Michelle L’Heureux. 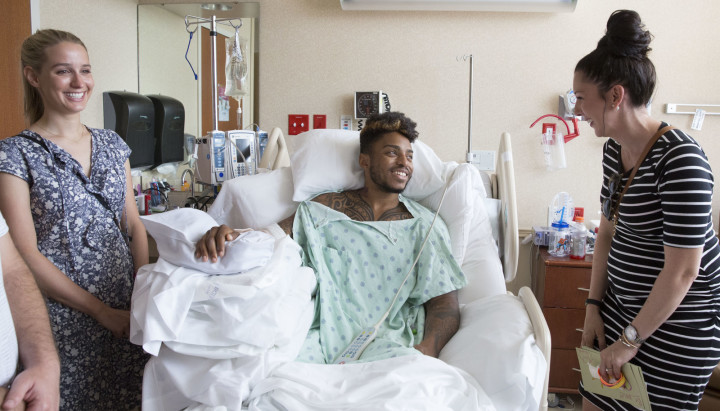