The DeLorean Is Coming Back, So We’ll Soon Be Able To Fix All Our Pasts 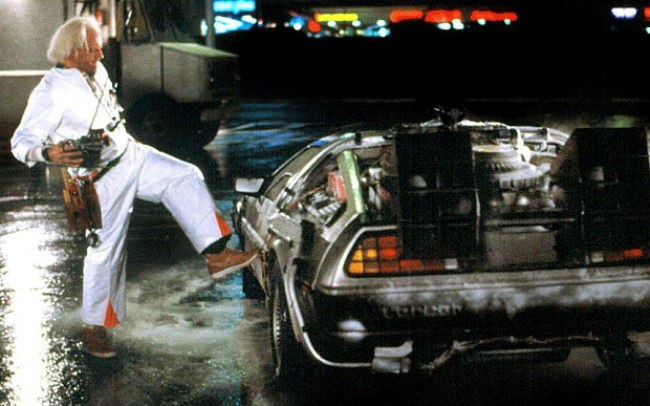 Get ready to live out all of your nerd-tastic Back to the Future dreams. The DeLorean is potentially returning to the market in 2017, and it’s a pretty big deal. If you’ve ever wanted to reenact all of your favorite time travel scenes from the Back to the Future trilogy and have just been waiting for a present day model of one of the most famous cars in movie history, then you might not have to wait too much longer. According to Jalopnik, a recent change in auto laws means that DeLoreans can once again be built and sold as they were in the glorious old ’80s. The law states that although replica cars are built with pre-existing parts (as the DeLorean will be) they will only be held to the emissions standards from the year they are re-built, and not the large corporate standards that companies like General Motors or Toyota might be.

Although the main purpose of the regulation change is meant to “spur innovation, including advance in alternative fuel and green vehicle technologies”, it also means that super-fans might get the chance to one day drive a brand new DeLorean that is pretty similar to the original models. It won’t be easy for people to get their hands on a replica though. The parts left over from the last time DeLoreans were in production are only enough to pull together about 300 cars. Definitely not enough for every Michael J. Fox fan in the United States. On top of the limited supply, the price tag is estimated to be $100,000 or more. Not exactly the bargain on the used car lot that you would hope.

However if you are lucky enough to pull the money together, and special enough to get the opportunity to purchase one, then you’re in for a great time as the new models will have bigger wheels, better shocks, and more horsepower. You could go back to the future in style, as long as you’re not this guy.