You Won’t Believe What This Woman Gave To The Homeless

by: Gregg Rosenzweig
Brought To You By
Concussion Movie
January 6, 2016 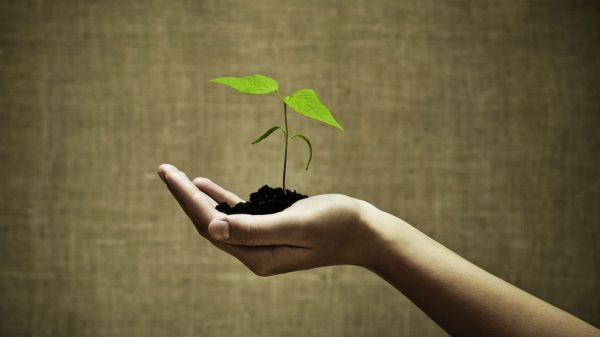 We’ve all given to homeless people before. $1. A five. Maybe the last few bites of that linguine you couldn’t finish at dinner. How about a house? Have you ever given one of those away? Nancy Waidtlow did — and that’s why she’s the winner of our Game Changers contest, courtesy of Sony Pictures.

It started after Waidtlow returned home to Fresno in October 2011, after going to a launch event for Occupy Washington, D.C. That’s when she became involved with homeless encampments locally (Fresno’s Occupy movement), bringing firewood to homeless people so they’d have heat and a way to cook.

Then the city’s bulldozers moved in, suddenly demolishing these encampments where close to 500 homeless people lived.

“It was a very sad day when my friends’ homes were destroyed,” says Waidtlow, who vowed to do something bold to make a difference.

So Waidtlow got to work — purchasing a 0.6-acre lot in West Fresno with $64,000 from her life savings and an inheritance from her mother. Add in another $35,000 for renovations (which her son helped execute), a green vision from architect Arthur Dyson and the Eco Village Project of Fresno, and suddenly, the Dakota EcoGarden began to take shape.

Since opening in late 2013, this Fresno hub of philanthropy has become a temporary living space for homeless people in transition offering counseling, mentoring, and even employment opportunities. An 1,800-square-foot green eco-village, open to people from all walks of life, filled with promise and more technically, five single living units, a shared kitchen, living room and bathrooms.  A place to escape homelessness once and for all. Hopefully.

The eco part? An organic garden, a swamp cooler and solar-powered tents outside to provide warmth for those who need it most. People looking for a second chance — many of which are trying to get by on government food stamps, which helps but doesn’t solve the problem.

“It still amazes me that anyone thinks a person can live, pay rent and buy food, on less than $900 a month, even in Fresno,” says Waidtlow. 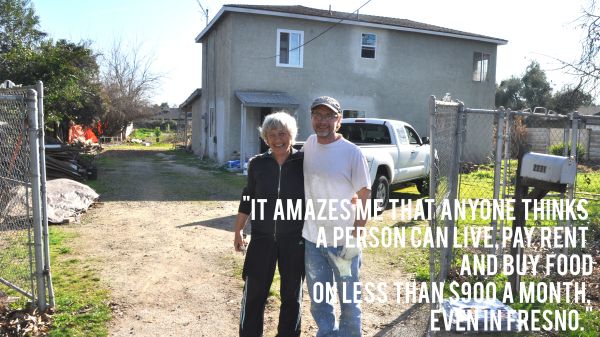 The Dakota EcoGarden operates on a shoestring budget and is kept afloat in part by donations from friends and strangers… and now, the $4,999 that she’s won for her cause after being nominated as a Game Changer.

This prize is a welcomed holiday windfall that will support the house’s expenses and potentially the second eco-shelter prototype — another Dyson creation that will be “egg shaped, supported by bamboo struts, and on a rotating platform to take full advantage of the position of the sun.”

Waidtlow’s ultimate dream? “That Fresnans get together to figure out what can be done about homelessness in this area,” proclaims Waidtlow. “If the Dakota EcoGarden example helps with this effort, I will be very happy and proud.”