Unfortunately for Miesha, her reign didn’t last long. Nunes started fast and destroyed Cupcake on the feet and then choked her out in a bloody fight that ended in the first round. Nunes was just too quick and too accurate for Miesha, who excels when she turns the fight into a grinding sort of fight. Typically Miesha eats a few punches before imposing her will on her opponent, but tonight Nunes just punched too hard. You could hear the smack of Nunes’ punches against Miesha’s splattered nose. It was brutal. 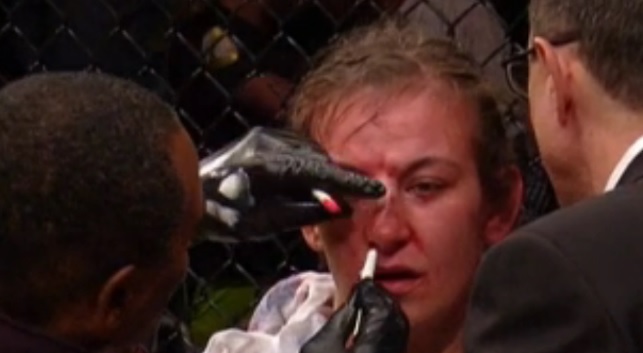 Eventually, a dazed Miesha tried for a takedown, got muscled to the mat, and it was all over. We have a new UFC bantamweight champion. The only person who can hold a belt in this division is Ronda Rousey.

Miesha broke it down, saying, “She’s fast, very dangerous in the first round and she caught me fair and square.”

This fight was also special because Nunes made history, becoming the UFC’s first openly gay champion.

So what now? Will Nunes fight the winner of Holm vs. Shevchenko? Or will Ronda Rousey finally come back to see if she wants to remain a fighter? Should Julianna Peña get the fight?

No matter who the challenger is, we know that Nunes is ready. This was a huge win.