Hollywood doesn’t just make movies about anybody. Usually, you have to do something pretty exceptional to make someone like Will Smith want to play you.

Meet Dr. Bennet Omalu, the Nigerian-born doctor who against all odds became a central figure in the conversation around how concussions affect athletes who suffer them – youth, pro or otherwise. Omalu is the centerpiece of the new dramatic thriller, Concussion, opening in theaters on December 25. (Read our review of the film here.) 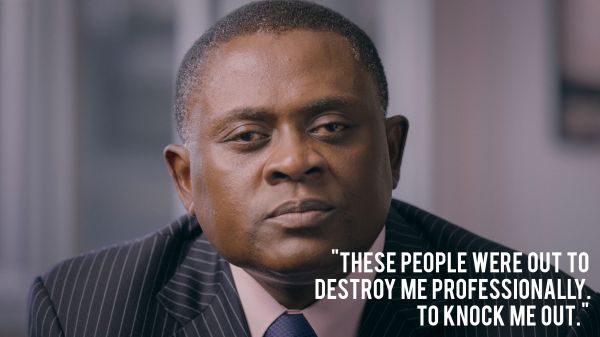 Not surprisingly, going up against an American institution that “owns a day of the week” (as the Albert Brooks-character puts it in the trailer) led to challenges when it came to Omalu getting his work legitimized by the league. About as easy as, say, trying score a game-winning touchdown from the two.

To understand how this extraordinary individual came to be an American hero of sorts, here’s a quick snapshot. He was born in Nigeria during the Biafran Civil War, the sixth of seven siblings. He entered medical school rather precociously at age 15. By 21, he was a physician. After being discouraged by the political climate in his native Nigeria, Omalu made his way to the U.S. in 1994 at age 26 with merely $250 in his pocket. He viewed America as “the place where God sent all his favorite people.”

It was only a few years later when Omalu landed at the Allegheny County coroner’s office in Pittsburgh – in the job that would eventually change his life and for some, the perception behind how America’s most popular professional sport gets played.

That’s when the body of nine-time Pro Bowler and former Pittsburgh Steelers star Mike Webster landed on his autopsy table. Dead of an apparent heart attack at age 50, Webster had been disgracefully living out his years homeless, in his truck, with dementia. The part Omalu focused on was Webster’s brain. “I could have put it back in the body like every other organ, but I believe the spirit of Mike guided me.”

Are You A Game Changer? Or Do You Know Someone Who Is? Click Here.

That was the beginning of hell for Omalu. Instead of sending him a thank you note and lifetime supply of season tickets to Steelers games, the league ignored Omalu’s letters about his findings and challenged his work in a way that was jarring to Omalu. “These people were out to destroy me professionally. To knock me out.”

Suddenly, Omalu faced questions about his background, his research, his findings. Even as he hoped his findings would be “something good that would enhance the game… and enhance the lives of players,” he continued to feel like an outsider looking in with little-to-no validation for the groundbreaking nature of his work. In the presence of such powerful, opposing forces, “There was this great resolve, reaction within me to stand firm,” proclaims Omalu.

Stand firm he did, as the brains of other deceased NFL players began to land on his examining table. Terry Long. Andre Waters. Justin Strzelczyk. Amongst others.

Fueled by a homespun cocktail of courage and conviction, Omalu stayed the course in hopes for validation – even as the spotlight he was thrust within got brighter and more blinding by the day. “I believe that when you do something out of love, you step out into the light,” professes Omalu. “This was never about me. It was about the players who suffered from this.” 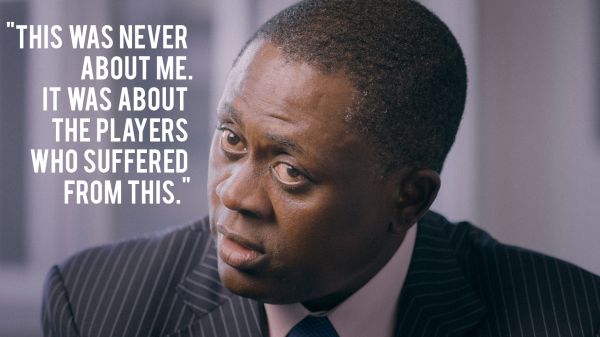 Then a key breakthrough happened. A piece was written for GQ magazine by Jeanne Marie Laskas called Game Brain, which helped turn the tide of his story. As Omalu puts it, this humanized him and said “Look, this guy is a human being. You may not agree with him. You may actually dislike him, but he has every right to speak for himself.”

Omalu’s dedication lead to some form of vindication when, in early 2015, a federal judge ordered a $900 million lawsuit settlement payout for thousands of NFL players to be paid over the next 65 years. Then there’s Sony Pictures’ Concussion, which brings Omalu into the spotlight again, meaning his findings now will continue to be part of a national conversation on how to improve a game that’s been good to some – and damaging to others.

“Looking back where we have been, and looking at where we are today… the truth has prevailed. The players who suffered from this disease have been vindicated,” says Omalu.

That’s the definition of game changer – what happens when the few challenge the many. It wasn’t necessarily designed as a literal phrase, but in this case, that’s what Omalu has become. With the arrival of the Concussion movie on December 25, you can see Omalu’s unbelievable story come to life.

Not bad for a guy who suffered malnourishment during the first three years of life in Nigeria to become the shortest in his family.

Now it seems, he can stand the tallest.

When opposing forces collide and stakes couldn’t be greater, it takes an exceptional individual to see beyond the challenge, sacrifice everything and change the world. The #Gamechangers Campaign celebrates everyday people who tackle great challenges and triumph in the face of adversity. We seek to honor the underdogs who don’t just beat the odds, they change the game.

Are you a Game Changer? Do you know a Game Changer? Submit a picture or short video with an explanation up to 500 words about how you (or your nominee) are currently changing the game. Upload proof of your game changer to the Uproxx submission page or via social media using the tag #GameChangerContest @ConcussionMovie. You could win funding for your/their cause.