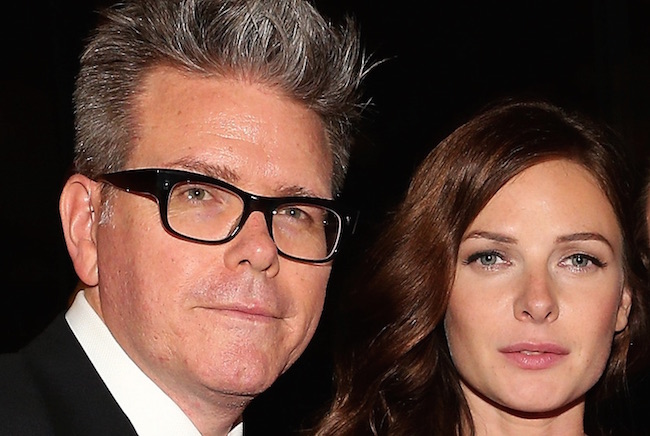 On Thursday afternoon, I was asked if I wanted to speak to Christopher McQuarrie, whose Mission: Impossible – Rogue Nation is still receiving commercial and critical accolades. With little time to prepare, an interview that was supposed to last 15 minutes lasted close to an hour. When talking to McQuarrie, it’s really hard to stop. He’s one of the smartest filmmakers working and pretty much everything he says is interesting — even while he’s at an undisclosed location on a much-deserved vacation after his world-wide publicity tour.

McQuarrie is being credited with writing and directing one of the best roles for a woman in an action movie in recent memory, Ilsa Faust, played by Rebecca Ferguson. (At the very least, it’s up there with Charlize Theron’s Imperator Furiosa from Mad Max: Fury Road and McQuarrie’s own Rita Vrataski, played by Emily Blunt in Edge of Tomorrow). As a byproduct of that, a lot is being made about the fact that Rebecca Ferguson’s character removes her high heels during a scene in which she’s trying to escape danger. This is in direct contrast to the fact the Bryce Dallas Howard never removes her high heels while also trying to escape danger in Jurassic World.

Ahead, McQuarrie discuses this comparison (he feels bad that Jurassic World got so much heat and stopped his own studio from making a Rogue Nation advertisement from flaunting this comparison), which then leads to the role of women in Hollywood and the delicate balance of writing strong woman.

Rebecca Ferguson is amazing in this movie.

She’s extraordinary. A lot of time what happens is you make a movie and there’s something you see in the movie that’s really special. And sometimes it’s colored by the fact that you saw all the work that went into it. So you see something special and you want other people to see that, and they don’t pick up on it. And this is one of those instances where we knew we had something really special with her and I was terrified. I was terrified that Rebecca would be overlooked.

That did not happen.

Oh, I know. And I’m thrilled about it. And it couldn’t have happened to a more wonderful human being. She’s so wonderful and such a great soul.

What’s your reaction to the reaction toward Rebecca Ferguson’s character taking off her high heels, as opposed to what happened in Jurassic World?

We were sort of stunned by it. At one point, a suggestion had been made to sort of capitalize on that – to make a spot that kind of made it about that. Tom and I both said, “Absolutely not.” This is not about twisting the knife or taking shots.

Twisting a knife into one of the most successful movies of all-time, but still…

Even worse. It’s bitter. It would seem bitter.

And it would look like… nobody in the audience is going to sit down and do the math as to when we made the movie versus when the movie came out. It’s just going to look like we shot scenes and took cheap shots at the most successful movie on the planet. I was reading those articles about the shoe thing and I’ve got to tell you, I felt terrible for them. I felt terrible because it’s the sort of thing when you’re making a movie you don’t think twice about it. Making movies is really hard and making a movie that big is even harder. And, all of a sudden, you become the punching bag. And all of the money in the world doesn’t make that feel any better. If anything, it takes the pleasure out of what should have been an enormous success for those guys – is to have somebody taking shots and them when they made a crowd-pleasing movie. And that’s all they were thinking about doing.

I don’t think anyone thinks you went out of your way to do that in the small amount of time you had between the openings of the two movies.

Of course not, but we were so sensitive of it in the opposite direction. We were terrified that that’s what it would look like. Here’s how it came about, there are two moments in the movie where she takes off her shoes…

And makes an announcement about that.

It happened because of two things. In the first scene when she appears on screen, we knew she was going to have this fight and her shoes were going to get in the way. And I had written this line, “Nice shoes” – it was this line where Tom was charming the one person while antagonizing the other. And as a result, you had, “Nice shoes.” Then the shoes were a problem, because Rebecca had to fight in them, so we had to work out a way to get her out of her shoes. So, we came up with this idea with the blocking that you see in the scene. All of that was just a practical order of getting her shoes out of the way so she could fight in the upcoming scene.

The next time – and Tom and I literally and utterly forgot about that – so we were now off shooting the opera sequence. And Tom and I always said the first scene where they met is “boy meets girl,” the opera is “first date,” and the motorcycle chase is “the breakup.” And Tom had this real fixation with her taking off his shoes. Because he was like, “At the end of a night, when a guy and a girl have been out on a date and the girl kind of relaxes and has had a great time, she takes off her shoes.” It was always this idea that she was going to walk her back to her hotel with her holding her shoes. And that’s where the shoe thing came from – we were in the midst of this action scene, we were injecting this little feeling of a first date. And we never related it to true events – and it was only after, when the whole Jurassic World thing came out, we thought, “Oh, holy sh*t, we were thinking about the rooftop.”

And that little moment on set has turned into a thing.

I think it qualifies as a thing.

But it’s being spoken about in a positive way from a feminist standpoint. I think it’s a combination of what happened in Jurassic World and how strong Rebecca Ferguson is in this movie.

Here’s what I’ll tell you is interesting. Tom and I took all of the lessons we learned from Edge of Tomorrow and having walked away with such a great experience with Emily Blunt and the character of Rita. And that was something Tom and I really hammered on when I came in and started working on the Edge of Tomorrow script – was about keeping Rita from ever becoming the one of two things she could have easily become. One was the damsel in distress. And the other was that she could have become the “Full Metal Bitch,” that she’s referred to. And there was an encouragement from certain circles – not myself, Doug Liman, Tom or Emily, but from other circles – that that’s what they really expected the character to be — they really wanted the “Full Metal Bitch” and they wanted that moniker to be earned. And we thought, “No, she’s a human being who is viewed from the outside as this other thing. She’s been made into an icon that she fully resents.” So, going into Rogue Nation, we felt safer. We felt like we could take it even further and audiences were really embracing a female character who shared the screen. And we did not allow ourselves, as we had done on Edge of Tomorrow, we did not allow ourselves certain avenues when writing the script. The number of times I could have so easily ended the movie with Ilsa being in jeopardy and Ethan having to go save her, just the sheer man hours that would have been saved, and we simply said, “No.” It’s not an option, and it never will be. It’s time for these movies to welcome women into the film.

They are equals in this movie.

Absolutely. Absolutely. That was by design from the very beginning. Ethan had met his match, but you have to be very careful there because the temptation there is to make a female Ethan Hunt. And when you do that, when you make a character who is the female mirror of your lead, it becomes parody. A woman ceases to be a woman. She’s just a female version of a man, and we didn’t want that. Emily Blunt is a big part of why Rita is Rita. Rebecca Ferguson is a big part of why Ilsa is Ilsa.

The way Emily Blunt played Rita in Edge of Tomorrow is why everyone is so high on her playing Captain Marvel. People want to see that kind of strong female character in a Marvel movie.

Yep. You know, I don’t know enough about Captain Marvel. It’s a question of whether or not you can infuse that character with enough depth without the depth becoming the character. Does that make sense?

It does, but do you want to expand on that?

Look, I feel like Emily can do absolutely anything. I think what made Rita the character that she was, beyond Emily playing her, was that Rita had a sense of purpose and sense of duty. She was hobbled by the fact she had lost this power. She didn’t have the power; Cage had the power and Rita had to tolerate this guy who now had the power, and that’s what created such a great dynamic between them. I guess what I’m saying is what I hope happens is that, when you build a character like Rita or when you build a character like Ilsa, they don’t become co-opted, and what makes the character strong gets lost when you then transmit them into another medium.

People are saying what they want to see is more women in Marvel movies, which I think is great. What I want to see is real women in Marvel movies. And what I’ve yet to see – beyond what Scarlett Johansson has touched upon with Black Widow – is the beginnings of real complexity to those characters, and it’s a really tough thing to have to do. Because you have to make movies at that level that translate to an international audience, so complexity is a very, very, very delicate balance. If you’re too complex, it becomes harder and harder to translate globally simply because people are reading it, rather than experiencing it.

(ED. NOTE: We will have more from this interview from McQuarrie soon.)