Christmas movies generally fall into one of three categories: 1) Good. 2) Terrible. 3) Inadvertently Terrifying. The latter category is made up of the films that, hopefully unintentionally, continue to haunt us all well into our adulthood. There’s The Polar Express, which is essentially our worst nightmares about the singularity realized. There’s How The Grinch Stole Christmas, in which Jim Carrey leers at young children from beneath a jaunty mohawk and an unholy amount of tufted neck hair. There’s Home Alone, which asks us all to confront the fragile mortality of children and the random, chaotic nature of the universe itself.

Thanks to DesignCrowd, a website that bills itself as “the world’s #1 custom design marketplace,” there’s now a fourth category of holiday film: Destroyed Forever By The Bloated Visage of Donald Trump. Recently, the website asked designers to doctor photos from classic holiday films by replacing the main characters’ faces with popular politicians. Ostensibly, Design Crowd assumed this would be a funny, viral project; everyone in America would giggle at the idea of Obama sporting Santa’s suit or Hillary Clinton starring in a bad holiday rom-com.

Instead, the photos are almost entirely of Trump, and they’re straight-up horrifying, the kinds of images that will emblazon themselves onto our collective psyche for all of eternity. It’s a good reminder that some dark caverns of the soul are best left unplumbed. Regardless, here are a few; for the rest, if you’re up for it, visit DesignCrowd, and perhaps purchase a few of them for that person in your life you enjoy infernally torturing. 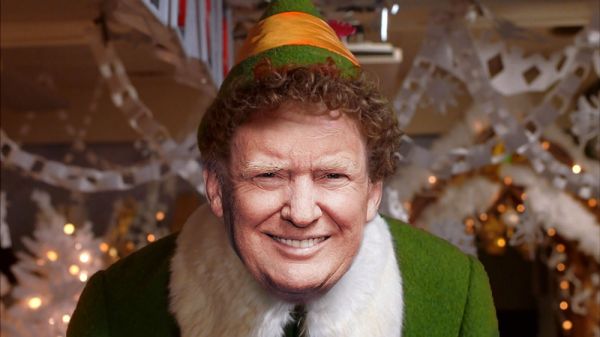 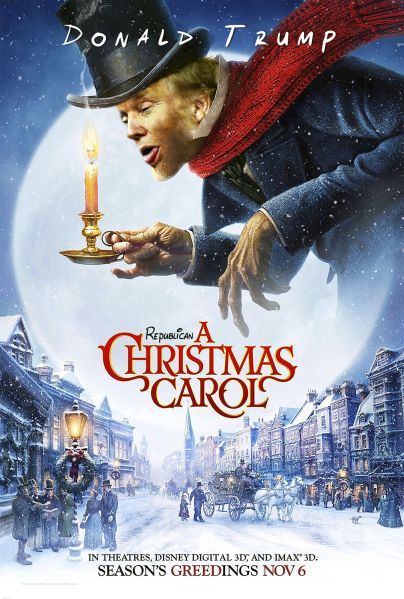