Enough Already, Stop Dicking Around And Just Show Us The Trailer To Your Damn Movie 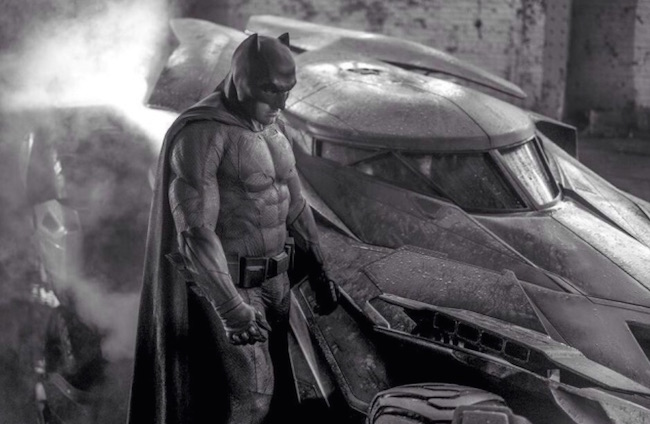 It’s being reported that on Thursday, five seconds of the new Batman v Superman: Dawn of Justice will premiere via Zack Snyder’s Twitter account. The way it’s explained, this will offer you the opportunity to fill out an online form of some sort so that you can see the full trailer the following Monday at a movie theater. Also on Thursday, the new Star Wars: The Force Awakens trailer will supposedly premiere at Star Wars Celebration, which you can livestream, assuming you have the time necessary to watch the entire event. The new Terminator: Genisys trailer was only released after a predetermined amount of social media shares were reached.

The complicated nature of this whole endeavor – to see a trailer! – reminds me of the drunk driving test in The Man With Two Brains. Want to see the new Jurassic World trailer? Then juggle, do a tap dance, and sing the Catalina Magdalena Hoopensteiner Wallabeiner Song, and we’d probably at least attempt this because it’s 2015 and we get excited for short bursts about literally everything.

Movie trailers have gotten out of control.

There’s nothing wrong with being excited about things. It’s a nice thing to like something. And, like most people, I really do want to see the new trailer for The Force Awakens. As I type this, I’m having flashbacks of me sitting in front of a desktop computer with a dial up modem, waiting for the second trailer for The Phantom Menace to finish downloading. A process that took, oh, about three hours and, yes, was somehow less annoying than how trailers for movies are sometimes released today.

The biggest problem with movie trailers is that it fits the 2015 business model too well. It’s basically a two-minute movie, which is great for an era in which no one can pay attention to anything longer than two minutes. The problem is that trailers are becoming too popular.

Take a movie like Tomorrowland. In 2013, director Brad Bird and writer Damon Lindelof revealed nothing except a “lost” film they had found that offers “clues” to the story of the ultra secret (at the time) film. Tomorrowland had more buzz in 2013 than it does right now, a movie that comes out in five weeks.

In 2001, the Steven Spielberg film A.I.: Artificial Intelligence wrapped its marketing around a completely unrelated game called The Beast. But, casual observers of this marketing (like me at the time) had no idea what The Beast was or that it had absolutely nothing to do with the movie. What kind of seemed innovative was actually just stupid. The Beast created the illusion that somehow the mystery of who killed Evan Chan, and what a woman named Jeanine Salla had to do with that murder, would somehow unlock clues to better understanding this upcoming movie. It was an at least interesting experiment, but then people realized, “Oh, right, movies aren’t interactive.”

Ever since then, it feels like there’s always some dumb iteration of “Evan Chan was murdered” game going on. Whether it’s signing up to see a trailer through Zack Snyder’s Twitter account or the endless “trailers for trailers.” It’s all advertising for advertising. Which, yes, is the point of advertising, but people are so burned out by the time the actual product arrives, that no one even cares anymore. As someone who kind of loves trailers, all of this is making me hate trailers. A trailer is supposed to be a piece of advertising that makes a person at least contemplate spending money on the final product. Like any commercial, it can be entertaining! And, like any commercial, it shouldn’t be this complicated.

After dutifully working around the clock to come up with a solution to this problem, I hereby offer this proposal. Instead of releasing five seconds of a trailer that will then offer a person the chance to sign up to see the rest of the movie advertisement four days later, how about this instead: