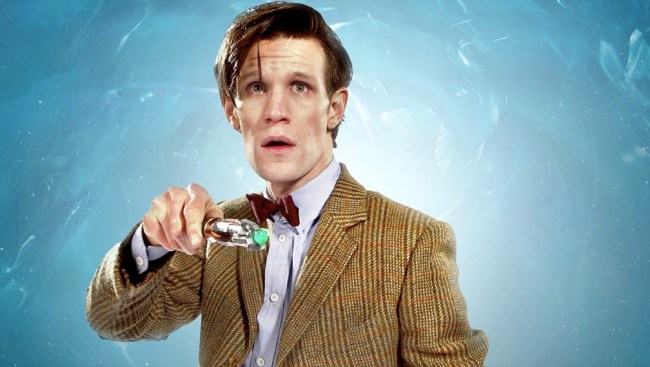 The last bit of news about Fantastic Beasts and Where to Find Them, the next wizarding movie written by J.K. Rowling, was that the film would actually be a trilogy. The movies will star the author of the 42-page Beasts textbook, Newt Scamander.

Supposedly, Benedict Cumberbatch is unable or unwilling to play a character with a name only slightly more ridiculous than his own, so The Sun is reporting that the Eleventh Doctor, Matt Smith, is in the running for the role. Smith has expressed his interest in the part, and… y’know. He’s a mega nerd. So, he’ll fit right in to the Harry Potter world pretty easily.

The film shoots this summer with David Yates directing, and it takes place 70 years before Harry Potter is even born. Writes Rowling:

Although it will be set in the worldwide community of witches and wizards where I was so happy for seventeen years, ‘Fantastic Beasts and Where to Find Them’ is neither a prequel nor a sequel to the Harry Potter series, but an extension of the wizarding world. The laws and customs of the hidden magical society will be familiar to anyone who has read the Harry Potter books or seen the films, but Newt’s story will start in New York, seventy years before Harry’s gets underway. (Via)

Fantastic Beasts and Where to Find Them is scheduled for release on Nov. 18, 2016.