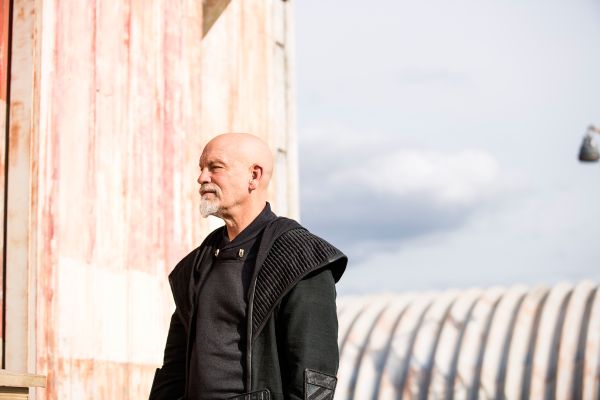 John Malkovich and director Robert Rodriguez announced a crucial detail about their upcoming film, 100 Years: the release date is November 18th, 2115. Thus, the film is “the movie you will never see.” The movie is funded by Louis XIII cognac, which commissioned Malkovich to write and star in the film and Rodriguez to direct. The company’s basing the release time on the idea that cognac takes over 100 years to create, an approach to craftsmanship and artistry that should apply to filmmaking as well.

During today’s press conference for 100 Years, where the film’s release date was announced, Rodriguez said, “A filmmaker makes something for people to see so this was an intriguing idea that I wouldn’t know who my audience is really…In this world of instant gratification, where you can see everything right now, what if we created a piece of art that the audience would enjoy at some point? And we have to think, we can’t try to impress them with flash. We just have to touch their hearts in some way so when they do open this up they get an experience that is maybe unlike anything they are experiencing at that time.”

When Malkovich was first presented with the concept, he said, “I thought it was a fantastic idea. I wish it had been the fate of a number of films I’ve been in.”

For those of us alive right now, the only glimpses of the film we can catch are its trailer (at the end of which Malkovich cheekily says “I was John Malkovich”) and teasers. What we do know is that the film explores various viewpoints and ideas of what the future will be like. Malkovich said, “As we were preparing this and preparing to write something for it I even went through things about what had been predicted in 1918 or 1915 or 1919. Some of it was strangely accurate, oddly enough. Of course the vast majority of it was unimaginable. And I think that’s what the future is to most of us—dark or light I can’t say. On days like Friday of last week, one can see considerably dark clouds again. But I’m not unhopeful either.”

Rodriguez said of the film, “It’s very elegant, it’s emotionally charged, it’s John’s writing and it is, again, we have to touch people’s hearts if they’re going to be seeing it in the future.” We’ll just have to take his word for it. He also insists that it’s sadly the duo’s best work. 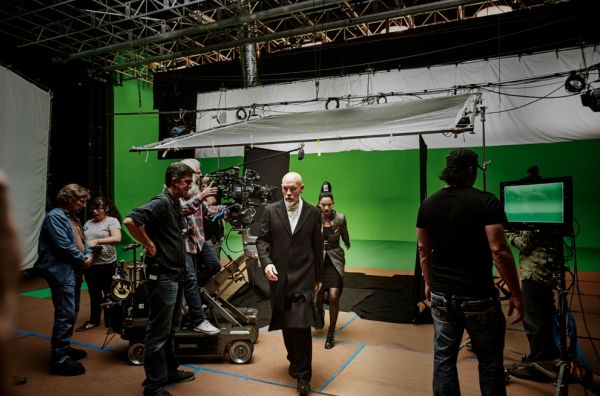 Today, I was given a black box with a fleur de lys embossed on the cover. Inside is a ticket that cordially invites my descendant to see the film when it screens at the Domaine du Grollet in France. For now, 100 Years will be kept secure in a custom made-safe that is not locked by a combination but instead timed to automatically open 100 years from now — that, and it’s surrounded by bulletproof glass (the safe was also made before the film). I asked Malkovich and Rodriguez if they had any fears that a savvy thief might find a way to unlock it before the film’s intended release. Malkovich said, “Not so much.” Rodriguez assures, “I saw the safe and it’s a great safe.”