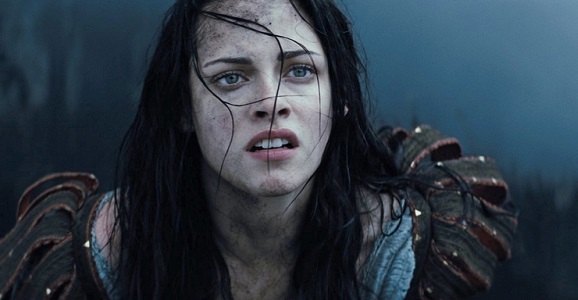 Kristen Stewart’s played her fair share of strange women magnetically attracted to the dark side. Looks like she’s not done yet: According to The Hollywood Reporter, both Chloe Sevigny and Stewart have signed on for an untitled psychological thriller about Lizzie Borden. Though her name makes her sound like an adorable young heiress to a milk empire, Borden was, in fact, a probable ax murderer — she was tried and acquitted of hacking up her father and stepmother on a hot summer morning back in 1892. In the morning!

The murders turned Borden into something of a media sensation, and in the century-and-change since, many a TV show and film have been devoted to telling her horrific tale (including a 2014 TV movie starring Christina Ricci). There’s even a ballet about it. This particular film will explore the events leading up to the bloody evening, when tensions were high and hatchets were apparently plentiful. Pieter Van Hees (Waste Land) is set to direct, and Bryce Kass, who has written approximately one TV movie entitled Outlaw Profit: Warren Jeffs, will write the script.

Sevigny — who was previously attached to a Borden-related project at HBO, but has since… cut ties (you’re welcome) — will play Borden, whom THR evocatively describes as “strange and fragile.” Stewart, meanwhile, is in talks to play the Borden’s live-in maid, Bridget Sullivan. Sullivan testified during Lizzie’s trial, as she was a “witness to the family tension,” and was likely in the Borden home whilst they were meeting their grisly end. In fact, one theory about the killings suggests that Lizzie and Sullivan were lovers — which means we may be in for some Sevigny/Stewart love scenes. Nothing brings a young couple together like hacking up another couple. (You can have that tagline, Van Hees.)