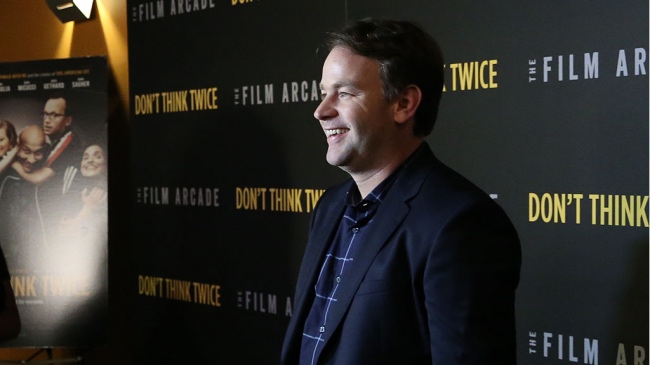 Some filmmakers are annoyed that certain movies can go out guns blazing and be deemed family-friendly, while a little Mary Jane gets others shoveled off to the adults-only section.

Comedian and director Mike Birbiglia called out the Motion Picture Association of America on Twitter Wednesday for giving the violence-heavy superhero film Suicide Squad a PG-13 rating, while his film Don’t Think Twice got stuck with a hard “R.” Birbiglia tweeted that his film, about an improv troupe, shouldn’t have gotten an R-rating because the adult characters in the film “smoke pot.” According to Variety, Birbiglia later wrote “F*** the MPAA,” but then deleted the tweet.

Suicide Squad has machine gun killings and bombings and got a PG-13 rating. @Dontthinkmovie gets an R because adults smoke pot. Confusing?

Director Judd Apatow, who’s famous for his R-rated romps, also chimed in with his support, noting that because “violence sells,” movies with sexual content and drug use end up getting harsher ratings so studios “seem caring.” This is something we’ve seen happen with films before, like Boyhood and The Breakfast Club, which both got R-ratings for drug use and sexual references.

Studios own the ratings board. Violence sells so they make pot and sex the scary thing so they seem caring. https://t.co/S3VpKxUXbu

One of the most famous examples was the 1999 Hilary Swank film Boys Don’t Cry, which the MPAA originally slapped with an NC-17 rating. According to the documentary This Film Is Not Yet Rated, the filmmakers were told the main problem didn’t lie with the brutal murder, but with the sex scenes, mainly the length of Chloe Sevigny’s onscreen orgasm. They had to shorten it to get an R-rating.

The MPAA gave Don’t Think Twice an R-rating for “some language and drug use,” while Suicide Squad’s lighter rating was for “sequences of violence and action throughout, disturbing behavior, suggestive content and language.” Don’t Think Twice is currently out on limited release, and Suicide Squad debuts Friday.