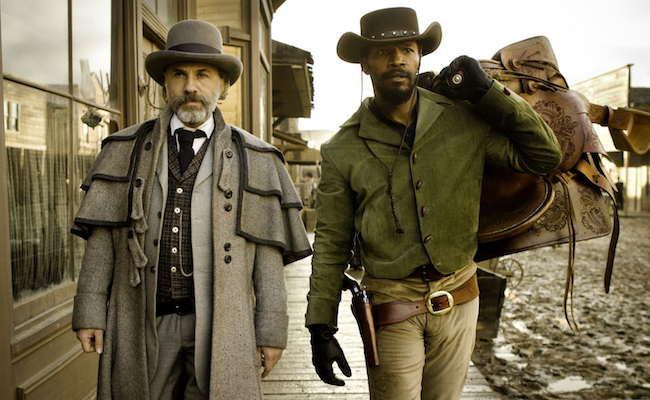 Quentin Tarantino managed to walk away from a duel with the New York City Patrolmen’s Benevolent Association without a scratch, but now he’s got a new problem to face: a lawsuit accusing him of lifting the plot of 2012’s Django Unchained from a script called Freedom, written by Oscar and Torrance J. Colvin. Vulture has details on the accusation.

“The truth is that there are far more similarities between Freedom and Django Unchained than between Django and Django Unchained,” the suit claims, also noting that the Freedom screenplay was registered with the Writers Guild of America in 2004 and taken to several talent agencies.

The Colvins argue that Django Unchained mimics the plot of their script specifically in the decision to pair up Django (Jamie Foxx) with a white ally (Christoph Waltz). “Returning to the hellish realm of the South to purchase the freedom of his loved one(s) with the assistance of a Caucasian in the South is the uniquely original beat that links Django Unchained to Freedom,” the suit alleges.

The Colvin lawsuit is asking for hundreds of millions of dollars in damages, which seems like a pretty steep price to pay for the idea of a black man teaming up with a white sympathizer during the days of slavery. Even if Quentin Tarantino had stolen it, would it really be worth that much?

Tarantino has never been shy about giving credit where credit is due, which almost puts this lawsuit into further question. Why would a director famous for admitting to remixing so much classic cinema steal from some unknown script and keep it secret? Unless there’s some more convincing evidence than what we’re seeing here, this looks like it’s going to be yet another battle Quentin Tarantino is destined to win.