This certainly was not how comedian Quincy Jones ever imagined his first stand-up special would come to be, but life is often prone to throwing curveballs, so here he is. The short version: Last summer, Jones was diagnosed with Stage IV cancer, mesothelioma to be precise, and was told by doctors that he had a year to live. After spending seven years grinding away on the comedy circuit, Jones was on the verge of breaking out, but still hadn’t received his proverbial “big break.” So when friends approached him and asked what he’d like to do most with the time he has left, Jones said that he wanted to star in his own stand-up comedy special. Jones’ friend and fellow comic Nicole Blaine launched a Kickstarter campaign with the help of her husband, Mickey Blaine. Friends in the comedy community got involved, sharing links to the Kickstarter campaign on social media. The project went viral and Jones was invited to appear on Ellen, which led to him getting a deal with HBO to air the special. Quincy Jones: Burning the Light premieres on Thursday, June 2 at 10pm ET.

We spoke to Jones recently about his special, how it all came to be, his diagnosis, and how he hopes the special will be a legacy he can leave behind when he’s gone if he does indeed lose his fight with cancer.

First off, I have to be honest and say that when I first got the press release about your special from HBO, I thought that it was the famed music producer Quincy Jones who was coming out with a comedy special. Maybe spreading his artistic wings, you know? I’m sure that this is not the first time you’ve heard that someone confused you for him.

Have you met him?

I’ve seen him speak in Seattle, which is where I’m from. So I’ve had the pleasure of seeing him.

Well, congratulations on the special, man. It’s really good. I laughed my ass off.

Thank you. It’s kind of amazing how all of this came together.

I read somewhere that for months you were having pains in your stomach before you were actually diagnosed with cancer. When was it that your doctor told you that you had a year to live?

I just got blood work done to deal with chemo tomorrow. So I’m doing okay. I’m good, but I’ve been better.

If you don’t mind, would you walk me through the short version of how this came to be?

So you had no idea, and the producers had no idea she was going to do that?

No. That was all Ellen.

And then she brought you back and told you on air that HBO was going to do the special?

Correct. I found out on air. I found out on TV that they were going to do it. So I didn’t get prepped or anything. I got a call from a producer who said, “Ellen really likes you and wants to see how you’re doing. She wants to talk more about the special.” I was like, “Okay.” I’m not gonna turn down a TV appearance opportunity on Ellen.

So I went on there and she surprised me and announced that HBO was going to do it. I was like, “Whaaaaaaaat!”

I saw your reaction. It was pretty great.

How did you have an hour of material ready to go so fast? Because I know some comedians it takes them months or even years of writing and tinkering to get enough material to do an hour of stand-up. Was this an accumulation of all the work you’ve done over the years that you pieced together? Or did you just hunker down and bang something out?

A little bit of both. I had over an hour and a half of material, but we basically made the special in two weeks.

Once Ellen announced it on air, we made the special in two weeks. So it was me getting out to perform, getting all the jokes I wanted to do, put them in a structure, format them, making it flow smoothly and then performing it on the fourth.

You already had all the pieces to the puzzle, you just had to put the puzzle together.

Yeah. I had the jokes, you know? And I’m always adding to them, but this time I was like, “I got to make sure it’s good. I have to make sure it’s great.” So it was basically me hunkering down and sort of trimming the fat off the jokes I had, figuring out which ones fit best.

Had you ever come close to having a televised comedy special previously?

No. I mean, I’ve headlined shows and done an hour plus multiple times.

I read somewhere that, before getting sick, you were a workhorse who did like 1,000 shows in a year or something crazy like that. I guess you were doing three a night. What were the clubs you were doing out there? The L.A. comedy club circuit?

Yeah, The Comedy Store, The Improv, The Laugh Factory, Ice House, Flappers, all the independent comedy shows in L.A., Mixtape, Hot Tub, Westside Comedy Theater. I was doing every show in L.A.

Just bouncing around to wherever you could get on stage with a mic?

How long have you been grinding away at stand-up comedy?

I’ve been doing it for seven years. Previous to that, I was a student.

What did you study? Before you got into stand-up comedy, what were your life plans?

To be a lawyer. Philosophy and sociology were my majors and I wanted to be a lawyer. Then I went through a bad breakup and I was like, “Yup, I’m going to do comedy.”

You had some material right there, I’m sure.

You look really great physically in the special. You don’t look like someone who doesn’t have very long to live because you have terminal cancer. I’m curious about what lifestyle changes, if any, you made after you were diagnosed.

This might sound weird, but I’m pretty healthy except for the cancer. I didn’t really do anything. I wasn’t really crazy with drinking or smoking or anything like that, you know? I cut red meat out of my diet years before. I only ate chicken, turkey, fish. Drank lots of water. So realistically, nothing really changed. I just juiced more. I started juicing. I finally learned how to drink green juice because it doesn’t look good. But, I gradually got used to it.

Do you juice yourself at home?

Yeah. It’s tiring. I’ll tell you that much.

It can be an exhausting process for a healthy person, much less someone going through chemotherapy and whatnot.

Yeah, but I have a great support system. Friends usually come out. They try and do it for me or help me out or something like that. I’ve been very fortunate to have a lot of people offer.

It seems like you were living life the right way, doing all the things you’re supposed to do to be healthy, and then you get this sort of diagnosis. Were you angry when you found out? Confused and baffled as to how the hell you got sick? Putting myself in your shoes, I know I would be.

I mean, I was definitely angry. But at that point in time, you have to make a snap decision to be like, “You’re not going to get anywhere being pissed off. You’re not going to get anywhere by being upset. You have to focus on fighting for your life now.” So for me, after the initial shock and everything, it was like, “Okay. I’m going to do whatever it takes that I need to do to survive.” For me, it was that initial snap judgement. That snap decision. Right when the doctor told me, I had to reject feeling that way outright and sort of focus on doing whatever I needed to do to make it, to survive.

Did you, at any point, consider shunning traditional medicine in favor of alternative cancer treatments? I can only imagine how being confronted with a diagnosis like yours combined with the amount of information available on the internet today, how overwhelming that must’ve been to some degree. I guess eventually you have to place your trust in a physician to guide you the right way.

Yeah, I didn’t have the luxury of going down to Mexico or going to Belgium or wherever they have these studies. At this point, it was bank on this and, if it didn’t work, then we try something else, you know? But I was like, “Give it a shot and then we go from there.” I’m not going to lie, I get scared. I get angry still. You know? Because I’m constantly reminded of my limitations.

Of course. Ultimately, I guess eventually you have to place your trust in your physicians to guide you the right way.

Like you said, I was living life. Things were great. Suddenly, randomly, my belly starts filling up with fluid. For six months, it keeps filling up with fluid. I’d get drained four to seven liters out any given month. Sometimes twice a month. And then they took forever to do the biopsy. They do the biopsy and they find out it’s cancer. And then they tell me it’s going to be eight weeks for me to get in front of an oncologist. Then you realize the healthcare system is messed up and you get angry with that. Then you realize the doctors don’t have bedside manor and you get angry with that. So there’s a lot of reasons to be angry in this situation.

But at the same time, I think the reason I have an HBO special and Ellen reached out and I have the support that I do, comics from all over, is because I didn’t allow my anger to control me. I wasn’t controlled by my anger, you know? It was me saying, “You know what? I’m still blessed. This is not the ideal hand, the cards that were given, but I’m not gonna let it ruin me.” I was in the hospital for 45 days last year and I saw a lot worse going on, you know?

Was the idea of doing a televised hour special in your mind a way of possibly leaving a legacy in case you don’t survive this?

Yeah. I mean, there are so many great comics who have died before their time: Patrice O’Neal, Bill Hicks, Greg Giraldo. That’s what I was thinking about: I’m seven years in and there’s a chance that I might die and the world hasn’t seen my comedy. I’ve got to get something out there.

There’s a quote I saw in one of the promos that the HBO PR people sent me. You talked about how cancer changes your perspective in life. You said something to the effect of, “Getting broken down is a beautiful thing because it forces you to build yourself back up again.” And to see what you’ve done after your diagnosis, it’s really inspiring. You made something that you should be very proud of.

Thank you, my man. 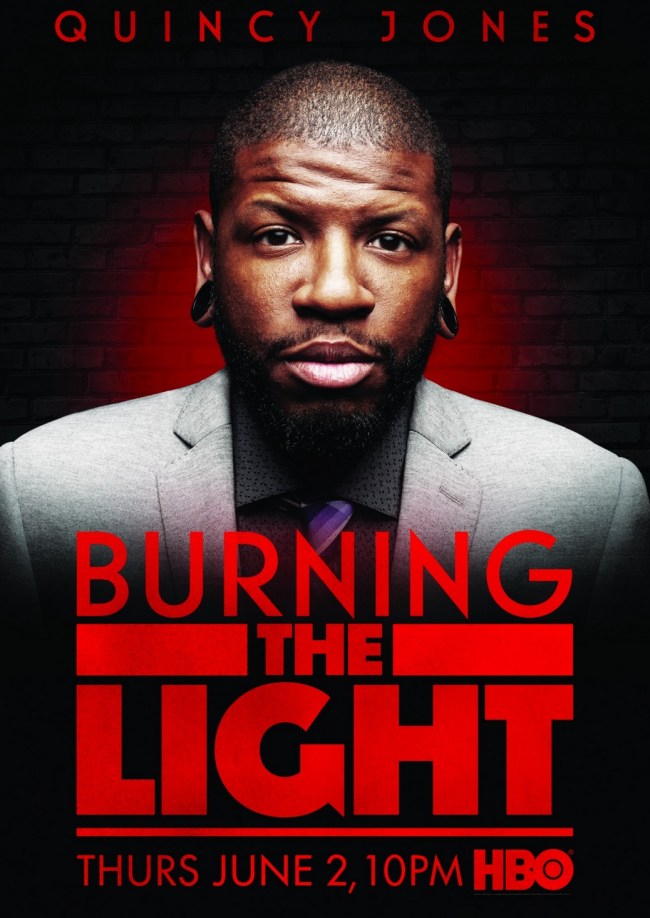