Beyond The Multiplex: Step Inside The Crazy Worlds Of ‘The Forbidden Room’ And ‘Yakuza Apocalypse’ 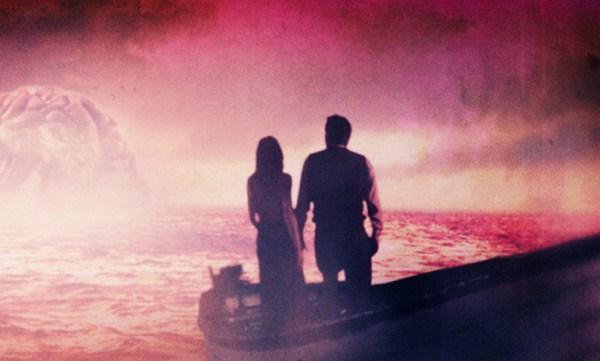 Some directors can hide in whatever movie they’re making, serving the material without putting much of a personal stamp on it. Others, well, can’t, and don’t even try. Two such directors have movies opening today, and both offer their directors’ signature touches in abundance — and, in moments, in overabundance. But if Guy Maddin’s The Forbidden Room and Takashi Miike’s Yakuza Apocalypse at times offer an excess of their creators’ particular visions, both also prove that it’s better to give too much than too little. It’s hard to leave either movie without thinking you’ve seen something no one else could make.

Winnipeg’s Guy Maddin has spent decades creating films that look like they’re made in equal parts of lost reels from other movies and half-remembered dreams. Often, they could almost pass as found objects. No one made a ballet adaptation of Dracula in the silent era, so Maddin obliged with Dracula: Pages From a Virgins Diary in 2002. But Maddin’s films are never just technical exercises. He mines the past — his own, his country’s, and that of film itself — for funny, bizarre, and poignant material.

It’s unlikely that Maddin would never make a more personal film than My Winnipeg, his 2007 “docufantasia” about growing up in Winnipeg that mixed personal and civic fact and fiction in an attempt to understand his origins. (Winnipeg didn’t really broadcast a show called LedgeMan, in which an overly sensitive fellow threatens suicide each week, but in the Winnipeg of the film, one distorted by Maddin’s memories and regrets, it makes perfect sense.) The Forbidden Room, co-directed with protege Evan Johnson, is less autobiographical, but no less Maddin, a nesting doll a movie that nestles stories within stories and antiquated styles within antiquated styles. It’s Maddin’s Mellon Collie and the Infinite Sadness, a double album that throws everything into the mix and turns up the volume.

The Forbidden Room begins simply enough, with an instructional video about how to take a bath before shifting the action to a submarine where four sailors fret over whether to trouble their captain even when doom approaches: They’ll soon either run out of air or the explosive jelly they’re carrying will detonate. To stay alive, they eat flapjacks, because of the air pockets, but their meal is soon interrupted by a wandering woodsman with a tale of his own.

And we’re off. From there, The Forbidden Room follows its dream logic from one story to the next. The woodsman recounts an attempt to rescue a beautiful woman named Margot from a band of outlaws called the Red Wolves. Margot slips into a dream where she’s an amnesiac. The band Sparks show up to sing an original song, “The Final Derriere,” about a man so obsessed with butts, he undergoes a series of lobotomies. Udo Kier’s mustache has adventures of its own. At one point, a group of villains present themselves in the form of, as a title card puts it, a “Skull-Faced Man and his gang of Skeletal Insurance Defrauders!”

The latter are women in cheap-looking skeleton costumes of the sort found in the cheapest of horror movies. They look ridiculous, but they’re not there for ridicule. Maddin has never dealt in camp, never mocked his sources of inspiration. For him, the exaggerated forms of old movies — and here he evokes films from the earliest silents to the beginnings of the color era — has a poetry all its own, one with a direct connection to the id that he can redirect to his own purposes. He teases out all the sex, sadness, and yearning never far beneath the surface of even the tawdriest bits of worn-out celluloid. The Forbidden Room proves he’s far from running out of ways to make the old voices sing. 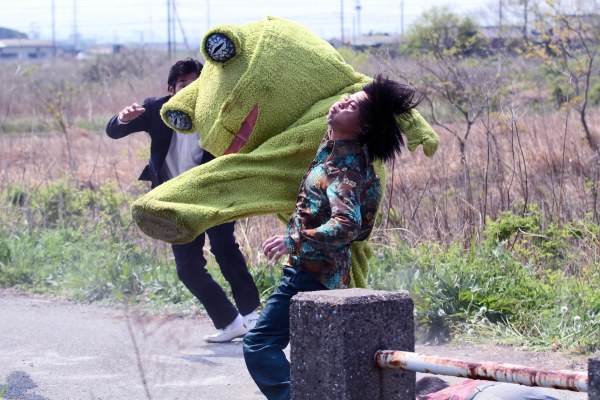 Guy Maddin tends to make variations on the same sort of movie. Japan’s Takashi Miike has worked in many genres and styles. At one point in the ’90s, he would turn out six or seven films a year, many of them shot on the cheap for Japan’s direct-to-video market. He’s proven himself equally capable making slow-burn horror (the unforgettable Audition) and elegant, if bloody, samurai films (13 Assassins). But hell always threatens to break loose in even the director’s most mainstream efforts, and Miike’s just likely to turn out an insane, WTF-filled horror musical like The Happiness of the Katakuris. If the movies look and feel different from title to title, there’s a punk spirit uniting them all.

Miike’s latest to make it to America, Yakuza Apocalypse, is two full hours of WTF. Filled with homages to everything from Goodfellas to Robert E. Howard’s Solomon Kane to, eventually, Godzilla, Yakuza Apocalypse announces itself as an unusual gangster movie with its first scene in which a beloved local boss (Lily Franky) survives a fight with a rival and then proceeds to start sucking blood. In time, the mantle of chief yakuza vampire passes to a young aspirant named Kageyama (Hayato Ichihara), who has to take on a series of enemies in one energetic scene after another.

There’s an unmistakable bit of commentary at the center of the film. Unable to feed off each other, the yakuza targets civilians. They make literal the bloodsucking done by Japan’s organized crime. That metaphor powers a film that’s thrilling, then wearying, then thrilling again — an uneven, confusing series of scenes that add up to a sort-of coherent story. It’s also the only movie you’re likely to see this year featuring, for starters, vampire gangsters battling “the world’s toughest terrorist” — a man in a frog costume seemingly on loan from an amateur sports team. Anyone at all intrigued by that thumbnail description should probably stop reading and go watch the movie now.

The Forbidden Room (Kino Lorber) and Yakuza Apocalypse (Samuel Goldwyn Films) and can be found in select theaters starting today.