This ‘Star Wars: Battlefront’ Mod Is So Beautiful, You’ll Feel Like You’re Finally Playing The Films

PC gamers have been graced with some seriously beautiful graphics mods in recent years. GTA IV had the iCEnhancer mod that changed the way the PC community looked at potential post-launch graphics upgrades, then Martin “Toddyftw” Bergman upped the ante by making the already beautiful GTA V look photorealistic with his Toddyhancer graphics mod.

Now, Star Wars Battlefront has gotten the Toddyhancer treatment, and it looks un-freaking-believable. The false marketing slogan for gaming for years has been, “it’s like you’re really there!” In this case, it’s true. Toddyhancer makes it look like you’re actually on Tatooine, dodging blaster fire and taking out Imperial troops before heading to your local, racist cantina. 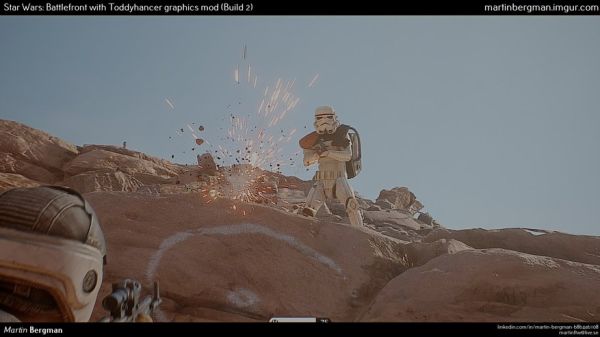 Of course, running the mod will likely slow your game down to the frame-rate you’re seeing in these still images, and even on the best hardware, you can expect a choppy experience, but that’s the price to pay for actually being in a galaxy far far away a long time ago, or something. 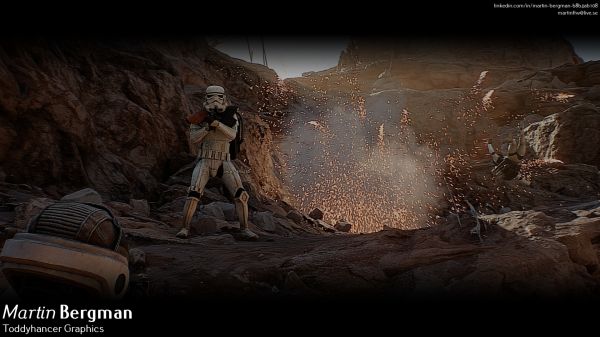 If you want to form a puddle of drool at your feet, you can check out more images from Toddyhancer’s work at his official Facebook page. But, we’ll leave one more snapshot of an AT-ST looking to cut you down for good measure. 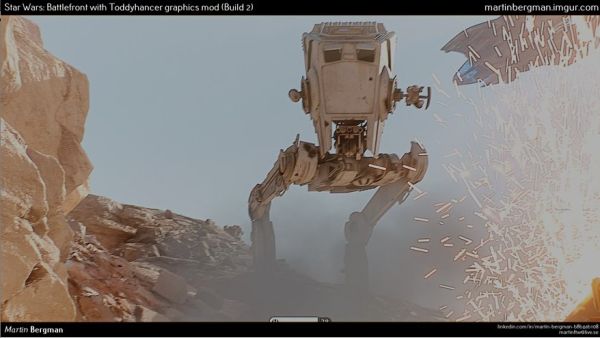