Dear Internet On ‘Star Wars’ Day: Please Stop Saying ‘May The Fourth Be With You,’ Because It’s Stupid 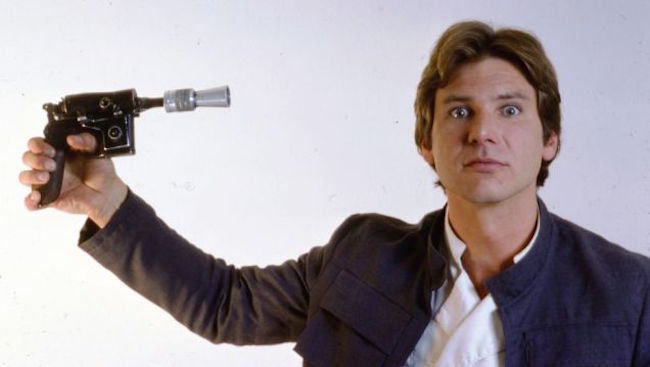 First of all, before we get into this, let me say that I love Star Wars (or, if you must, A New Hope). The Empire Strikes Back is my favorite movie of all time and I have a special relationship with it in that it was the first movie I ever saw in a movie theater. Back in 2010, I conducted what would turn out to be the last interview with its director, Irvin Kershner. I have written about Empire many, many times. I cannot stress how much I love that movie. Like most people, I think Jedi is fine and don’t care much for the prequels. But, again, I do love the first two films immensely.

Having said all this, I have learned to despise May the 4th, otherwise known as Star Wars day.

It all started in earnest four years ago, when people started tweeting “May the fourth be with you,” because “fourth” kind of, sort of sounds like “force.” It was cute enough. But people kept doing it. People who have never discussed Star Wars in their entire lives now thought this play on words was just sooooooo clever.

Then it all somehow became a “day” — a day in which we all talk about Star Wars (as if that isn’t every day lately) and make that dumb joke. Now there are promotions and exclusives and special offers because today is the day that everyone now pretends they like Star Wars. May the 4th has become the New Year’s Eve of nerd days. It’s a day for amateurs. And it’s probably best to just stay out of the way and let these people drunkenly stumble their way through their bad puns and their almost correct quotes from the movie. (Nope, Darth Vader never said, “Luke, I am your father,” sorry!)

Using the Google machine, this all seemed to start innocently enough. A group in Toronto organized an event to celebrate the films. See, that’s nice. Then again, St. Patrick’s Day wasn’t always about who can be the loudest and drunkest while walking down Manhattan’s 2nd Avenue. Sorry, Toronto Star Wars fans with good intentions, but you have created a monster.

The weird thing is, my non-Star Wars loving friends assume that I like May the 4th — that I actually somehow look forward to my Twitter feed being filled with bad puns — which kind of makes it worse. It’s like the people who assume I love St. Patrick’s Day because I have an Irish last name (being the second time I’ve referenced St. Patrick’s day in this piece in a negative way, it’s probably obvious that I despise St. Patrick’s Day). I don’t understand why I’m supposed to like this day? Because of that bad pun? Now, if May the 4th was the day that we are all supposed to talk about Peter Suschitzky’s beautiful cinematography in The Empire Strikes Back, the reason that film looks so much better than any of the others, sure, I can get on board with that. Instead, people tweet “May the fourth be with you” and declare themselves “fans.” So what exactly do I get out of this, other than those 15,000 extra credits on the Star Wars Trader App game that I’m addicted to? (OK, admittedly, that was nice.)

Hey, I’ve put up with a lot of sh*t in my life for liking Star Wars so much, you don’t get to come in here, Mr. Cool Pants, tweet a pun, and reap all the rewards. What good is a reward if you aren’t to use it? (I realize that last Star Wars quote doesn’t exactly make sense, but if you get to tweet “May the fourth be with you,” I get to force in [or “fourth in,” I guess] a ham-handed quote.)

If you want to talk about Star Wars, I will talk about Star Wars with you any day of the year, because every day is Star Wars day in my world. But don’t tweet “May the fourth be with you” at me today, because it’s stupid. And if you do, I have three words for you: E Chu Ta. (Yes, you’re right, “How rude.”)