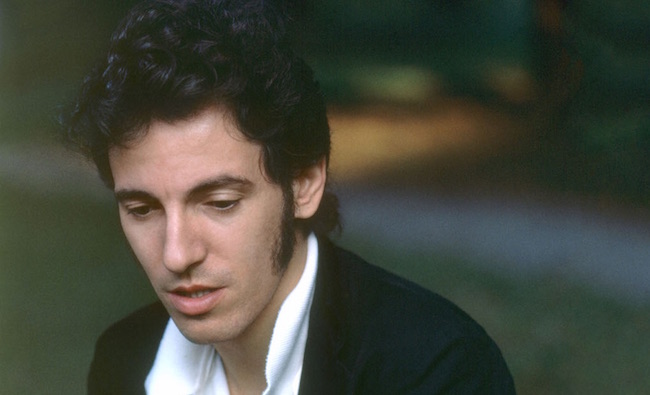 Even as a devout fan of Bruce Springsteen (I’ve seen him live 18 times, I think… it might be more), I do wonder when he’ll stop releasing retrospectives on his greatest works. Now, I don’t want him to stop, but after his Born to Run box set; the release of The Promise, which documented the making of Darkness on the Edge of Town; and now The Ties That Bind about The River sessions – I’m going to feel bad for the first album that doesn’t get this treatment, along with a nifty documentary. Will Nebraska? Surely Born in the USA — the album that made Bruce a true international superstar – will get a documentary. And maybe even Tunnel of Love, a somber meditation of life and love that’s utterly unlike Born in the USA. I assume it stops there. I don’t think we will be getting Bruce’s modern-day thoughts on Human Touch and Lucky Town.

Okay, back to The Ties That Bind, which premiered Saturday night at the DOC NYC Film Festival. In the post-film discussion, director Thom Zimny discussed how he wanted this film to be different than The Promise, which he also directed. Where The Promise leans heavily on footage from the recording sessions – Bruce driving the members of The E Street Band ever more crazy with each additional take – The Ties That Bind gives us modern day Bruce, reflecting on the songs that made The River, the songs that didn’t make the cut and what these songs mean. (Bruce has been pretty clear with his disdain of a song called “Crush on You,” and it’s funny to watch him lament that it somehow made the album, while a true classic like “Roulette” is left off.)

But here’s the thing about Bruce Springsteen: This is a guy who is extremely careful about controlling his image. He has a way of answering questions that sounds specific, yet offer no real specifics. When talking about the song “Point Blank,” the lyrics obviously mean something to him, yet his answer is vague. He tells us it’s about someone who all of a sudden isn’t there anymore, but he doesn’t tell us who. This is Springsteen, always talking in abstracts. And it’s probably what makes him a great storyteller, but also a sometimes frustrating interview. (And the fact that Springsteen himself is the producer of this film is a good bet that nothing too interesting is going to seep out.)

And I get that Zimney didn’t want to make another The Promise — and with that, he succeeded. But darn it if the few times archival footage is used in the film, it comes alive. (A lot of the archival footage is from a 1980 concert from Tempe, Arizona, which happens to be the day after Ronald Reagan was elected president, a fact that Springsteen does not at all rejoice in.)

Regardless, The Ties That Bind is still a nice little film about a monster double album and will make any fan of Springsteen happy. And Bruce breaks into a few acoustic versions of the songs throughout the interview – including “The River,” “Wreck on the Highway,” “Two Hearts” — which all looked and sounded great in a theater, and hopefully it keeps some of that for its home release.

We will never get a definitive, non-concert Springsteen experience. For a person who has told us so much about himself through his songs, and certainly isn’t interview-shy, he still remains one of the most guarded figures in music. But, these documentaries are still nice to have. Who knows, maybe we will get the bare-boned real Bruce when the retrospective for the bare-boned Nebraska comes out. (Hopefully that actually happens.)