Tribeca 2015: We Spoke To The Director Of The New ‘SNL’ Documentary, ‘Live From New York!’ 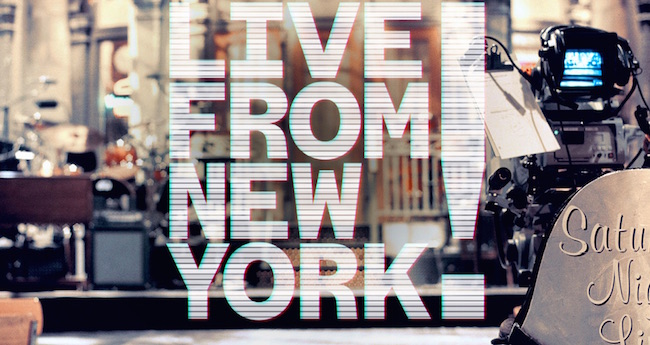 On Wednesday night, Live From New York!, an 82-minute documentary about the 40-year history of Saturday Night Live opened the 2015 Tribeca Film Festival. Bao Nguyen, whose past documentary work has focused on social issues from around the world, wanted to look at American culture from the past 40 years, then fit that through the lens of Saturday Night Live — both how SNL reacts to culture and how culture reacts to SNL. We spoke to the filmmaker the day after his festival premiere about the challenges of putting 40 years of history into just 82 minutes.

You fit 40 years of SNL into an 82 minute documentary. That seems like a daunting task.

It’s definitely not an easy task and I wouldn’t wish it on my enemies. Of course, it’s around “40 years of SNL” happening right now and we knew there was going to be a special that was happening. As an outsider, I think it was important to kind of look at it as kind of a macro level of SNL … what can we say about America while looking at SNL as a whole?

Your approach was macro, but did you ever consider taking a micro approach? Leslie Jones talking about the scrutiny she received after her “Weekend Update” segment about slavery felt micro and it was also extremely compelling because it was very human.

Yes, of course, as a documentary filmmaker you want to tell a lot of these human stories and look at the characters. That specific scene was talking about how people react to certain types of comedy. Even though we pulled that specific story to a micro level, there was the macro idea of what can people still say on television and in comedy and what is the reaction. As you know with SNL, it’s an ensemble. So if we were to tell all of these different micro stories, it would just go on and on and, as a director, you really have to make these choices. We had these other human stories, but we saw them as not really reflecting the thesis and the approach of the film … there’s obviously some overlap, but, again, with us, we wanted it to go back to what our approach to what the SNL narrative was and is.

What were some of the other micro stories that you had?

Well, they might come in the DVD extras, so I want to surprise some people … we tried throwing in other vignettes, but they just threw people off or they threw some of our creative team off. And we didn’t want it to feel like it was this jarring, out of nowhere vignette of someone.

You mentioned overlap and when we see Tina Fey as Sarah Palin in your film, that’s been documented so heavily, I’m just not sure there are any new stories there. As opposed to Julia Louis-Dreyfus admitting that her era of SNL did have a lot of sexism, which felt new. Selfishly, I wanted more of the latter.

And it’s just like a reflection of the show itself, every sketch isn’t going to get the same laughs from every person.

And if you ignore Sarah Palin, then people would ask why that isn’t in there.

The 1980 to 1985 era is fascinating because Lorne was gone and it’s the least talked about era. A lot of people forget Julia Louis-Dreyfus was on the show.

It’s impossible to make a comprehensive film about SNL, or a kind of a gossip, backstage book. And the only time we talk about that is when it’s reflecting back onto a larger criticism of society, like racial diversity or gender diversity. So by having that section on the “lost years,” where you’re talking about how bad of a time [people] had, you’re getting into specifics. For a superfan, obviously it’s super interesting and super fascinating.

Though, your film does address that era for just how it didn’t have much of an effect on culture.

We mention briefly. That was kind of the toughest part of the film, finessing that part when Lorne wasn’t there and seeing how we were going to approach it. And a lot of the people I talked to [at the premiere], they’re casual fans of SNL and they had no idea those lost years even existed. So, for them, it was just enough for them to know that happened and how the show declined and then Lorne coming back. We had to have a really tight narrative there and a lot of times in filmmaking, you just have to not include everything as part of the story – but enough to tell the story and move on.

And I’m guessing that’s why when you address Lorne coming back, you jump right into Carvey and Hartman, not covering the maligned ’85-’86 season that had Robert Downey Jr.

Exactly. We had it, but it was just confusing. It was just this beat that wasn’t working.

You’d have to explain that he came back, the show got worse, then it became great.

Exactly. So, if you’re going to work with the flow of the film, you have to make it as Lorne returning and then it changed. For superfans, you’re like, “What happened to that year?” But, that year was one year out of 40 and we’re not going to include every year.

It was great to watch this film in such a large venue. Watching SNL works a communal experience.

That was one of the reasons we made the film. People talk about, “OK, why are we making this? It doesn’t add anything to the story.” But, this is kind of the first time SNL is being shown theatrically across the country. You don’t have to watch ten hours of a boxed DVD set to kind of learn all of these stories. You can go to a theater, June 12, and kind of see in a – I don’t want to say “definitive” — but this capsule of what SNL is and I think it’s important to pay tribute to a show like this.