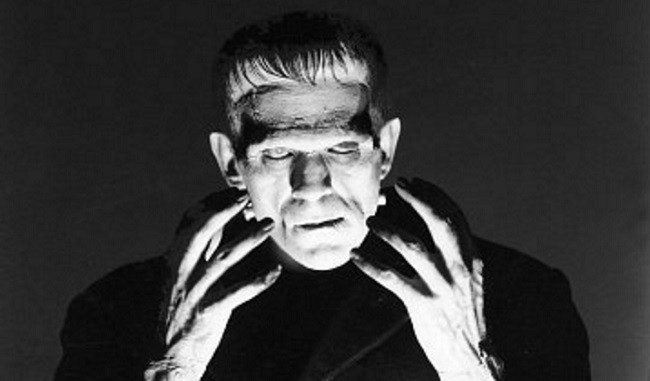 As you may have heard, Universal is getting ready to launch a cinematic universe of their own that will resurrect the monster movies that put the studio on the map during Hollywood’s Golden Age, (Frankenstein, Dracula, The Mummy, etc.) Variety spoke to the two filmmakers tasked with this huge undertaking, Alex Kurtzman and Chris Morgan, and found out more about Universal’s plans for the next few years and how it’s going to be a much darker answer to Marvel’s superheroes.

The first movie to be introduced is The Mummy, which Kurtzman is directing, and is expected to be released in 2017 after shooting next year. After that, we can expect a new movie with a different classic monster every year, all of which will interact with each other in this new shared universe. While we still don’t know the follow-up to The Mummy, the article mentions movies featuring “Dracula, Van Helsing, Bride of Frankenstein and the Wolfman following in short order.” It’s also not revealed who is writing what, but 10 writers are each overseeing their own monster. So it’s possible that we can expect 10 individual monster movies.

But even though these characters are from an old-fashioned era and will tell timeless, vintage stories, Kurtzman and Morgan are doing their best to figure out the best possible way to tell these stories in the present.

“We’re creating a mythology, so we’re looking at this canon and thinking, ‘What are the rules?’ ” Kurtzman says. “What can we break and what are the ones that are untouchable?”

Considering the storied histories behind Frankenstein’s monster, his creator, Dracula, and werewolves, there are sure to be plenty of rules to bend, re-interpret, and ignore in addition to going against them completely. Hopefully, fans can open their minds a bit; after all, The Avengers changed quite a few things about the comic book characters. And the fandom totally took it in stride, right?

But speaking of The Avengers and Marvel, it’s very clear that Universal’s new universe is planning to take a turn down a much darker path, which is only appropriate since these are meant to be horror movies.

“Heroes tend to be perfect, but most people in an audience aren’t ever going to know what it’s like to be the smartest, strongest or fastest person alive,” Morgan says. “But there’s a darkness inside everybody. And everyone wants to be able to turn a curse into empowerment. The monsters have been in the shadows, and now it’s time to bring them out into the light.”

Though what made Marvel’s movies so successful was humanizing their heroes and letting them have a dark side. Maybe Universal recognized that and figured that characters who were dark by default would be a home run.

Either way, what makes these monsters so beloved is that they do have those vulnerable human stories. If done right, these movies could be absolutely fantastic. Beautiful, even. No pressure, though. It’s just your most treasured properties we’re talking about. Don’t screw this up, Universal!