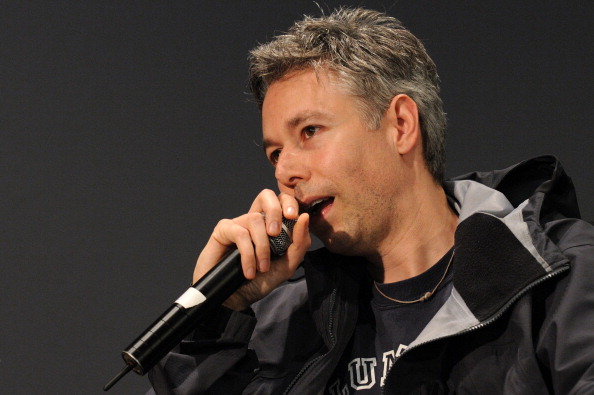 While Adam “MCA” Yauch is likely best known as the deep-voiced answer to the nasally Mike D and Ad-Rock within the Beastie Boys, he’s always done an incredible amount of work as an activist. While all three Beastie Boys were politically conscious (and would often include that in their work), MCA’s dedication to various causes was particularly noteworthy. It’s easy to write off someone like him as the dreaded “celebrity activist,” but a look into his work reveals that he was in it for far more than surface reasons.

One of the causes that was closest to Yauch’s heart was the Tibetan independence movement. Many Beastie Boys fans may know that, in the early ’90s, Yauch converted to Buddhism, and rapped about his newfound appreciation for it on tracks like “Shambala” and “Bodhisattva Vow,” but not everyone might know that the royalties for those songs went to the Milarepa Fund, a non-profit organization that Yauch started along with activist Erin Potts, which raised money for and promoted awareness of the movement. In 1996, Yauch organized the Tibetan Freedom Concert, which raised more than $800,000 for the cause. Similar concerts were put on in 1997 through 1999.

As anyone who watched the 1998 MTV Video Music Awards knows, he was not afraid to voice his opinions in front of the largest audiences. In 1998, when the Beastie Boys received the Video Vanguard award, MCA used the time to speak out against the U.S.’s policy of aggression against the Middle East, warning about the ills of America’s “racism towards Muslim and Arabic people.” This speech was three years before the 9/11 attacks, and, in retrospect, it seems prophetic. If America was bigoted toward Muslims in 1998, the problem became severely exacerbated three years later. When listening to this speech in 2015, it’s hard not to wish we had taken his words more seriously.

It is worth noting that after 9/11, the Beastie Boys organized the New Yorkers Against Violence concert, which aimed to gain support for peaceful resolutions to conflicts in the Middle East. At a time when even the most bleeding-heart liberals were feeling hawkish after the attacks, MCA stayed true to his principles and looked to resolve even the most heated conflicts peacefully.

Yauch, along with the other Beastie Boys, was also passionate about feminism, and spoke against misogyny both in hip-hop, and within the world at large. In 1994’s “Sure Shot,” Yauch famously rapped, “I wanna say a little something that’s long overdue/the disrespect to women has got to be through/to all the mothers and the sisters and the wives and friends/I want to offer my love and respect to the end.” The lyric was undeniably important, coming at a time when sexism in hip-hop was at its most rampant (“B*tches Ain’t Sh*t” was just two years earlier). Quite simply, it was rare to see a hip-hop artist, especially one as prominent as Yauch, speaking out against sexism within the genre (although it wasn’t impossible, as 2Pac’s “Keep Ya Head Up” also came out around this time).

Of course, Yauch was not the only Beastie Boy to take a feminist stance. Adam “Ad-Rock” Horowitz spoke out against the rapes that occurred at Woodstock 1999 when the group accepted the award for Best Hip-Hop Video at the 1999 VMAs, and also addressed sexist attitudes on the Hello, Nasty track “Song for the Man.” After the casual — and if we’re being honest, fairly enjoyable — sexism of License to Ill tracks like “Girls,” the group’s views evolved considerably over the years.

Even in death, Yauch continued to take bold stances; specifically his disdain for artists having their songs appear in commercials. This was addressed on another Hello, Nasty track, “Putting Shame in Your Game,” which included the following line:

If you thought that was an idle statement, you’d be wrong. In Yauch’s will and testament, he explicitly said that none of his music could be used in a commercial advertisement. Yauch made sure than even after he passed away, the ideals he fought for wouldn’t be compromised.

When celebrities get involved in activist causes, it’s natural to be skeptical. We wonder if they’re simply in it for the attention, and the desire to look like the good guy rather than a genuine belief in the cause. Well, if one person ever proved himself to be the real deal, it’s Adam Yauch. He fought for causes even when they weren’t popular, and, as we saw with the creation of the Milarepa Foundation, he was more than willing to put his money where his mouth was. We can remember Adam Yauch as MCA, the deep-voiced Beastie Boy, but we should also remember him as someone who, time and time again, stood up for what he believed in.