The Backstreet Boys Reunited To Perform At A Fashion Show 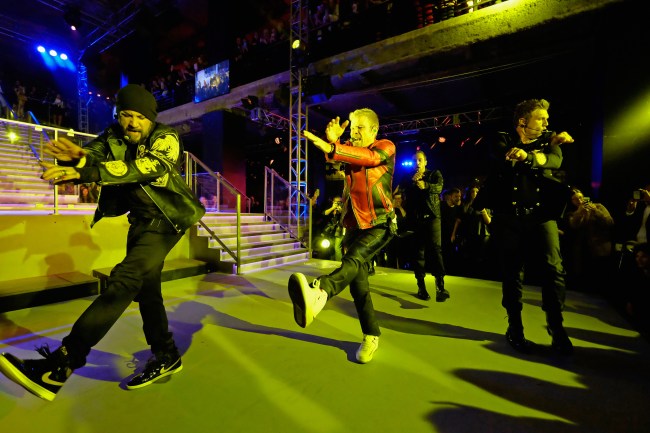 Remember how at the end of This Is the End, Jay Baruchel wished for the Backstreet Boys to perform in heaven? Well, those at the Balmain x H&M fashion show in New York City Tuesday night basically experienced something similar, as the popular ’90s boy band made a guest appearance at the event.

Wearing pieces from the forthcoming collaboration, the group took the stage to perform hit singles “I Want It That Way” and “Everybody (Backstreet’s Back).”

And guess what? The guys look like they’ve still got it:

#PressPlay : The #BackstreetBoys came out to perform at the #Balmain x #HM event

Teenage dreams came true tonight at the #hmbalmaination closing with the #BackstreetBoys ! 💃🏻💃🏻

Obviously, everybody was into it (including Kendall Jenner and Gigi Hadid).

Now, if only we could get NSYNC.