Beyond Jessie’s Girl: The Other Hits Of Rick Springfield 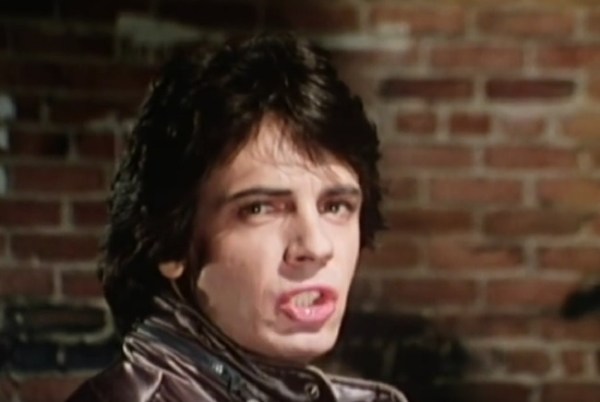 However, Rick Springfield did not merely release a single song and call it a career. He actually released four albums before Working Class Dog, the album that “Jessie’s Girl” is on. Then, of course, he tried to ride the success of that song to greater heights, or at least a consistent career. That didn’t happen, necessarily, although from 1981 through 1984 he released a platinum selling album every year. In total, Springfield had eight singles, outside of “Jessie’s Girl,” that were a top 20 hit in the United States. Here’s a look at those songs.

Springfield’s first hit was actually his first single, “Speak to the Sky.” The song was originally released in his native Australia, but eventually it would be released in the United States by Capital Records, at which point it hit number 14 on the Billboard Hot 100. Perhaps not surprising for a song released in 1971, “Speak to the Sky” sounds like a guy trying to imitate the Beatles. However, this is not a bad thing. It’s a catchy song that has a loose, early Beatles vibe. Springfield clearly knew his way around a tune.

Despite this fact, it would be a decade before he had another hit. What did he do in the interim? Well, he released some music, did some acting, and was also teen heartthrob, which isn’t a job, but isn’t a bad way to kill some time. Around the time Working Class Dog, the album that made him as a musician, was being released, Springfield was also cast as Dr. Noah Drake on General Hospital. Then, “Jessie’s Girl” hit. What did Springfield do? He could have left General Hospital. Dr. Noah Drake could have been replaced with a new actor and nobody would have blinked. It’s a soap opera, after all. However, while he toured and became a music star, Springfield stayed on the show for a couple of years. That’s dedication.

Two of Springfield’s other top 20 hits both appeared on Working Class Dog, which means they couldn’t be generated to follow in the success of “Jessie’s Girl.” They were already in the can. The followup single to “Jessie’s Girl” was “I’ve Done Everything for You,” which is a spurned lover song, which isn’t interesting. What is interesting is that it was written by Sammy Hagar. It has a catchy little chorus, which is maybe why it’s repeated ad nauseam throughout the song. It was a top 10 hit, reaching eight on the charts, and it’s an alright song.

The last of the singles from Working Class Dog is “Love is Alright Tonight,” which, if nothing else, includes the titular phrase in it. There is nothing else to say about it, in truth. It’s an OK song. It’s a little rollicking and has a nice energy. It only hit 20 on the charts, so perhaps people were tired of this album by this point.

After the success of Working Class Dog, the follow up album for Springfield was hotly anticipated, as was the first single. That single, “Don’t Talk to Strangers,” rose to the No. 2 spot on the Billboard Hot 100, but it couldn’t quite match “Jessie’s Girl” as a No . 1 hit. Nor should it have. Of all of Springfield’s hits, “Don’t Talk to Strangers” is the worst. It’s a bland, vaguely Hall & Oates type thing. Springfield did not simply try and capture the magic of “Jessie’s Girl” again, which is noble, in a sense. You also can’t argue with the results on this song, although its success may have had more to do with anticipation for the song than the song itself. None of the other songs on the album really managed to hit.

Springfield would bounce back a bit with Living in Oz, which had two top 20 singles, although neither of them had as much success as “Don’t Talk to Strangers.” By this point, his music was quintessentially ‘80s, for better or worse, and mostly for worse. “Affair of the Heart,” which was a top 10 hit, is very synth heavy to begin with, and never really recovers from that. Also, there is a brief moment where it sounds like Zuul is singing on the song.

Meanwhile, “Human Touch” also starts off with a cheesy synth lick that has not withstood the test of time, but then it turns into a decent rocker.

In 1984, Springfield released the album Hard to Hold, which was a soundtrack to a movie that he starred in. Springfield had been a music star, and done some TV work, but now was the time for him to become a movie star. Did it happen? Not in the slightest. Hard to Hold, the movie, was a disaster. However, the album did manage a couple of top 20 hits. “Love Somebody” is a return to his rocking ways, and it’s a pretty good song, and it managed to climb to fifth on the charts.

Then, there’s “Bop ‘Til You Drop,” his final top 20 hit, which only barely earned that designation. As for the song… well, just check out this music video. It says more than any person could say.

That was it for the successful portion of Springfield’s acting career. He had a few other songs chart, but not as high, and his album Tao went gold, but wasn’t as much of a success, either. Springfield released a couple more albums in the ‘80s, but then didn’t turn back to music until 1999, when he released Karma. He’s released a few albums since, but now he’s an older guy making music, and not the soap opera star and heartthrob who released “Jessie’s Girl.” He can keep releasing music, but the point is probably moot. Nevertheless, Rick Springfield was more than a one hit wonder.