It’s the week of Nigerian Independence Day and to celebrate, Spotify is teaming up with one of the country’s biggest stars. Burna Boy, fresh off the release of his album Twice As Tall, is taking over Spotify’s Black History Is Now hub, curating a personal collection of playlists and podcasts to amplify Black voices in music and more.

Among those playlists are Black Superheroes, made up of Burna’s inspirations and idols, Black To The Future, with which the African star predicts the next generation of superstars on the rise, and Queen, co-curated by Burna’s mom and celebrating the women who helped shape his career. Elsewhere on the Black History Is Now hub, listeners can learn about Fela Kuti, Angelique Kidjo, Supercat, and Bob Marley as part of The Elite 5 along with Diddy; all are artists Burna classifies as legendary.

Spotify also created limited-edition comic book Burna Boy cards with different characters inspired by Twice As Tall’s themes. You can check them out below.

Twice As Tall was released in August and featured appearances from Chris Martin, Naughty by Nature, and Stormzy, with production from DJDS, Telz, and Timbaland. It peaked at No. 54 on US Billboard 200. 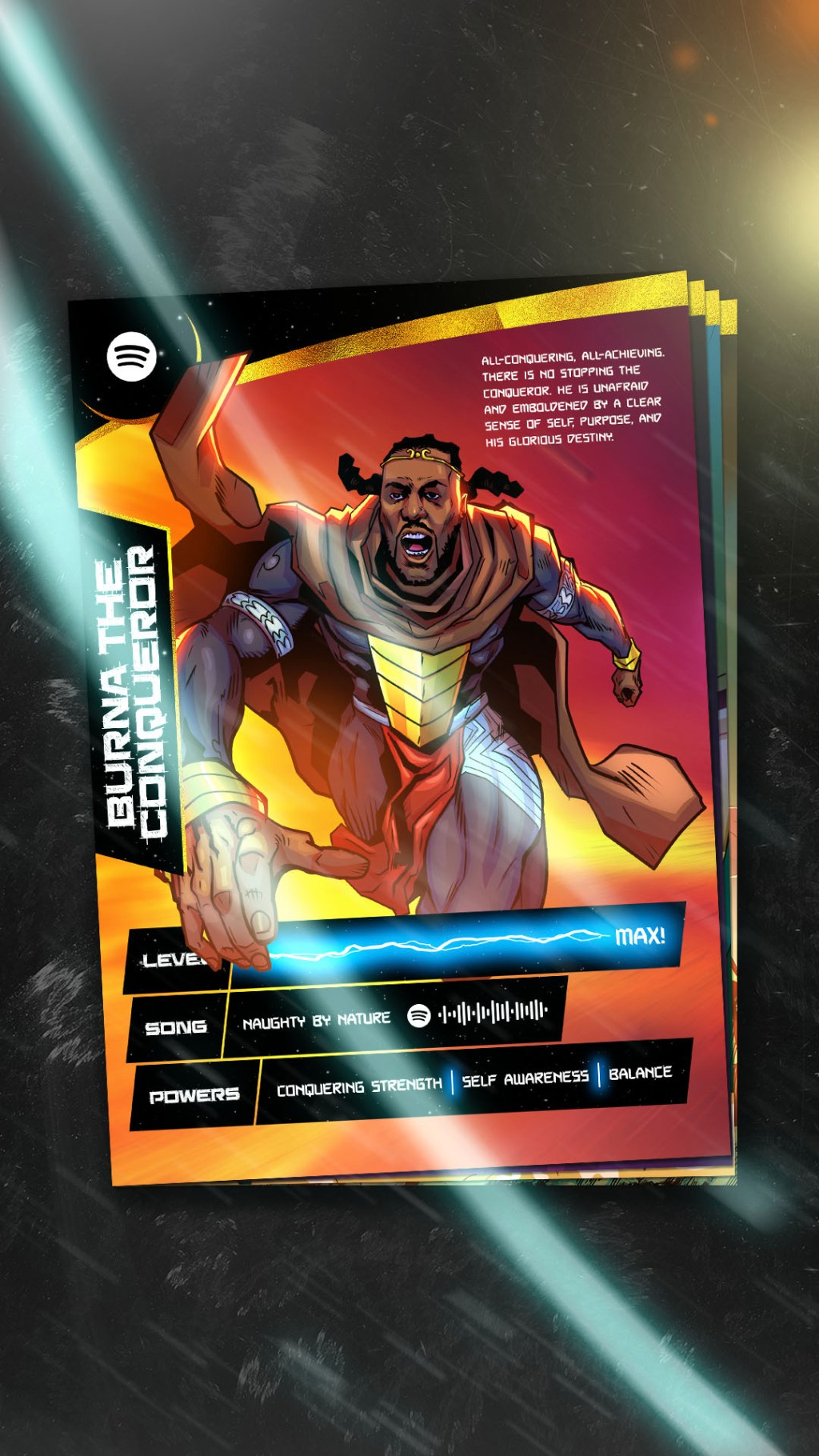 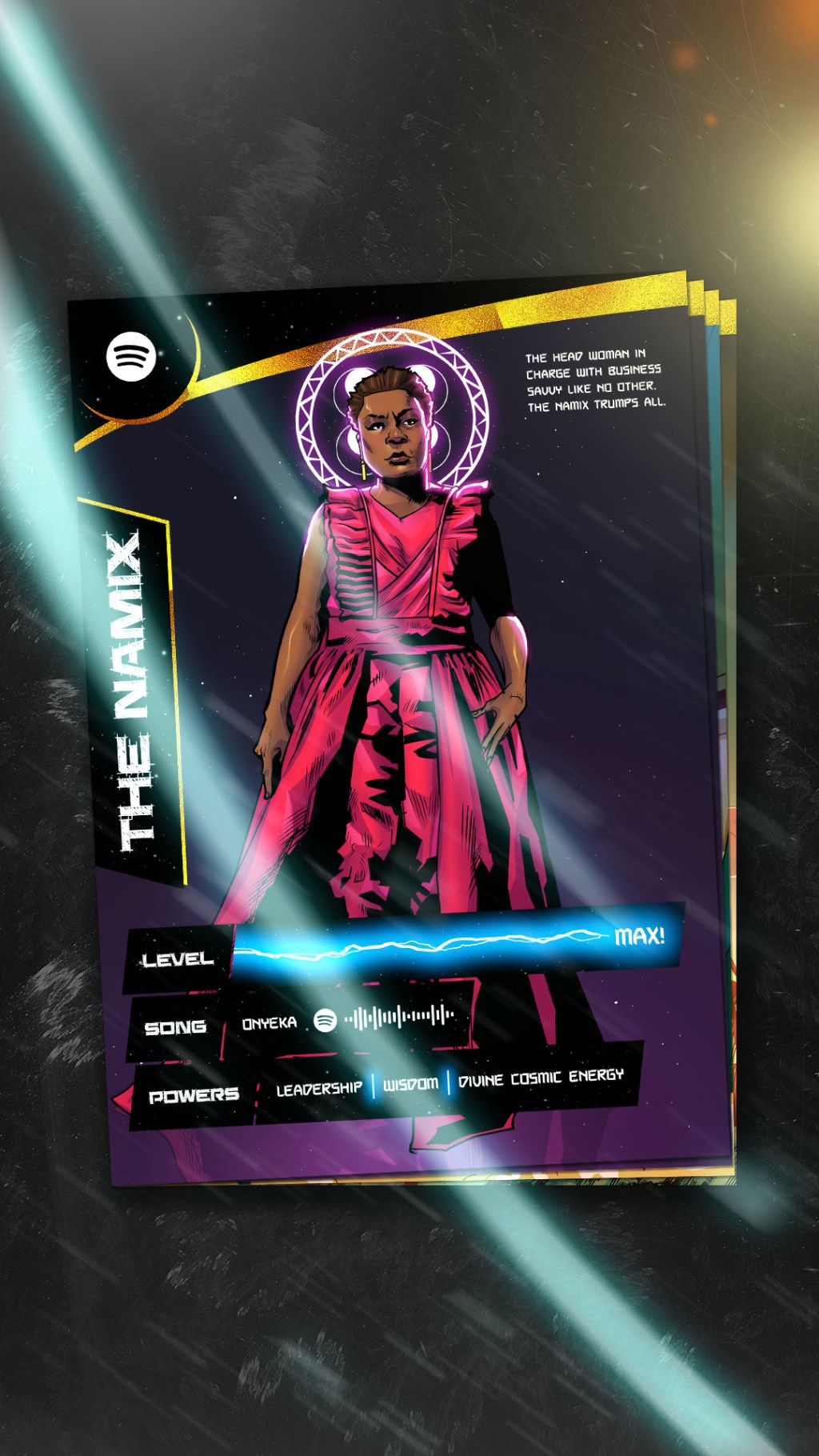 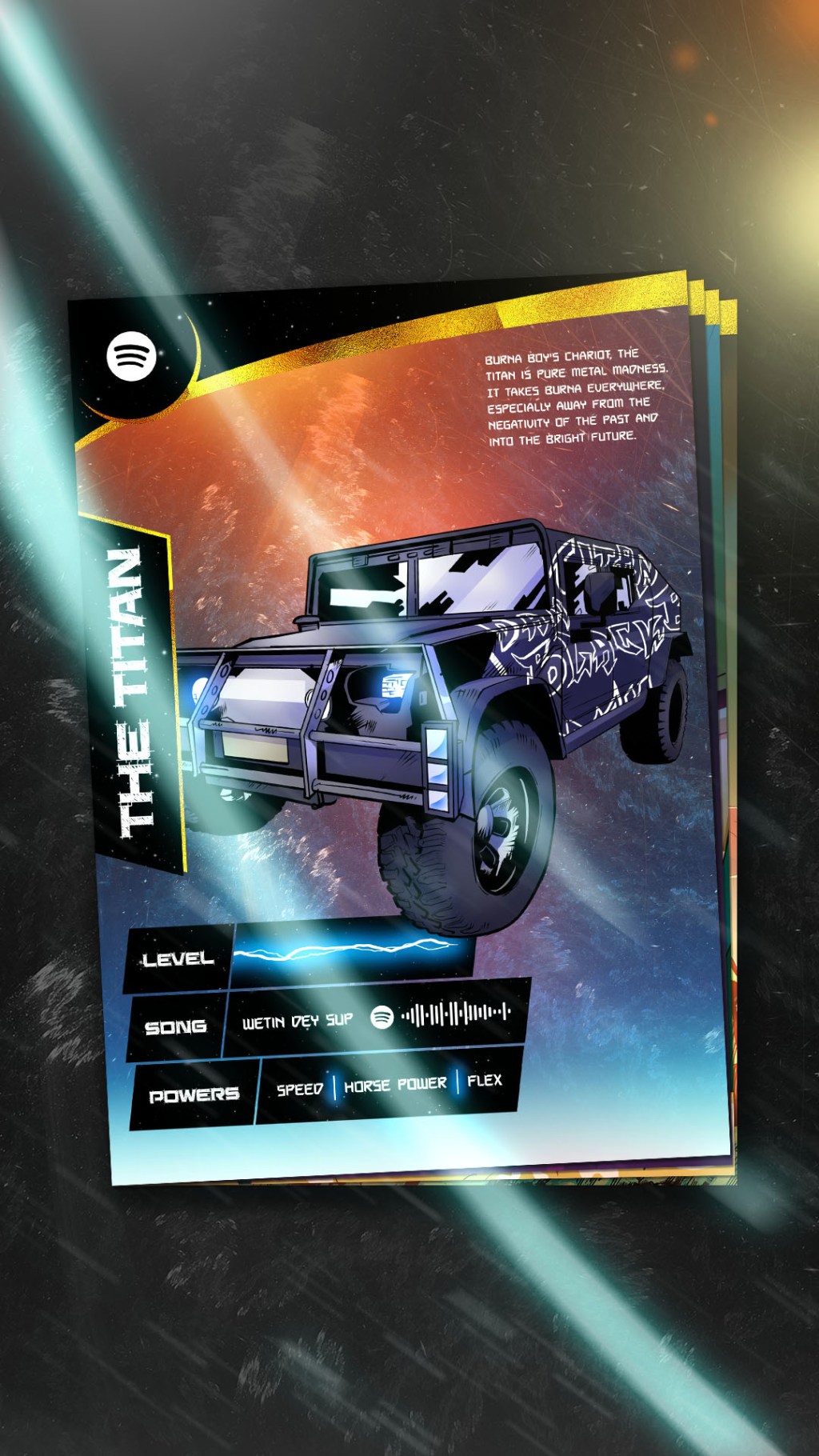 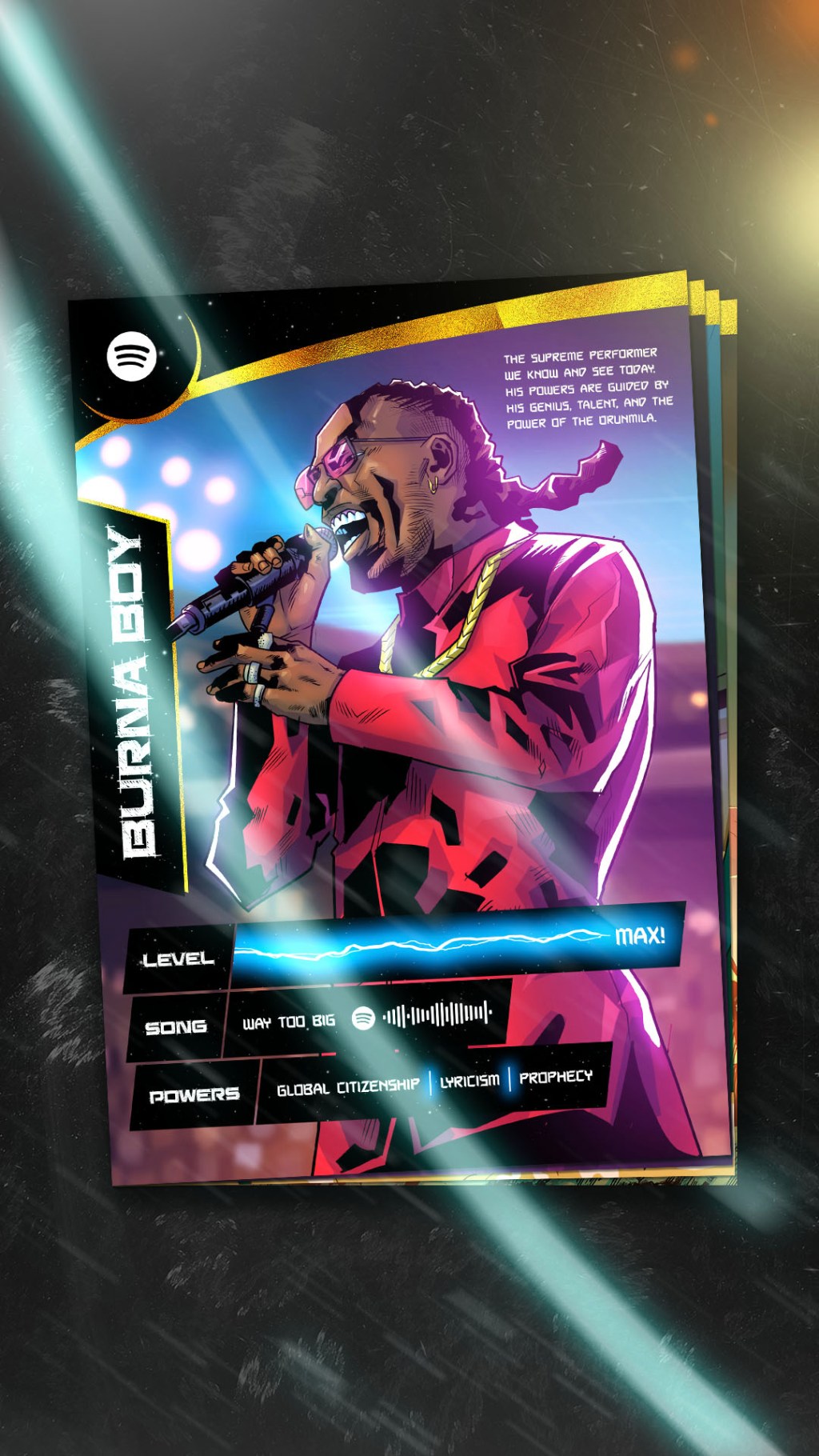