Coming on the heels of his huge Coachella weekend which saw him electrify crowds with his headlining set and release his heavily anticipated Guava Island film with Rihanna, Donald Glover has posted a pack of hilarious ads for his upcoming sneaker with Adidas to Instagram. The shoes, several pairs of which he also gave away at Coachella, appear to be spill and dirt proof, which might make them the best festival shoes ever.

The videos feature titles like “1985,” “Avocado,” “Dusty,” “Polenta,” and “Timber,” and find Glover helping out comedian Mo’Nique with household chores at her mansion in the woods while she roast him for being out of shape, bougie, and well, everything about him in general. In typical Donald Glover fashion, he stoically accepts the abuse, making the situations even more surreally funny.

In one video, Donald finds himself stuck at the gate, waving off selfie seekers and failing to enter the gate code, because Mo won’t tell him her actual birth year. In another, Donald chops wood as she compares him to a loaf of bread. They do some beekeeping, which results in Mo’Nique insulting Donald’s head shape, and host a party, where she accuses him of “talking politics with Oscar Isaac” and teases him for eating “vegan sushi.” In the last video, she mocks his multiple names, adding “Dusty Ass Donald” to the list for his ashy ankles and warns him not to scratch his calves “or you’ll start a brushfire.” Even though Donald barely speaks, leaving all the lines to his ungracious host, the comedic chemistry is intoxicating. Give me five seasons and a movie.

Update: A press release from Adidas identifies the campaign as “Donald Glover Presents,” re-imagining classic Adidas silhouettes like the Nizza, the Continental 80, and the Lacombe. Detailed product shots and descriptions can be seen below, courtesy of Adidas. 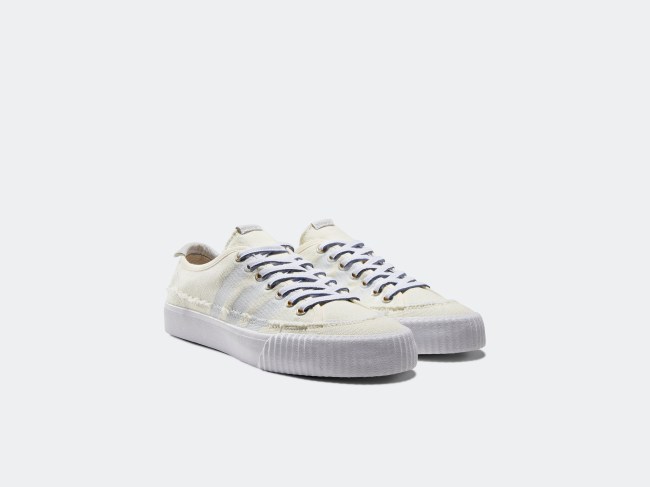 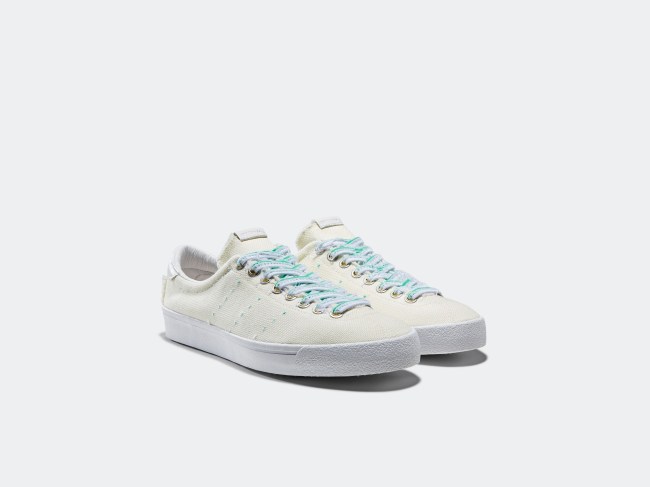 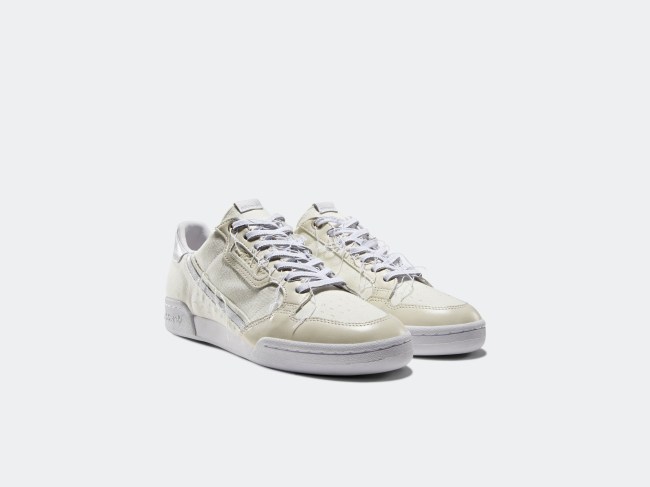 Seeking to tell a story through design, the shoes feature a series of deconstructed details, like uneven stitching, inside-out golden eyestays, and a custom 3-Stripe mark that evokes hand-painting. Heightening a sense of depth and character, the edges of the canvas are not stitched down, allowing them to fray over time. Further bringing the theme of wear to life, a moth – the symbol of the collaboration – appears on the heel bumpers and insoles of the footwear. Each pair arrives inside an inside-out adidas Originals box that opens with a tear strip and comes replete with three sets of custom shoelaces designed to fringe with wear.

All three styles will be available globally on April 26.