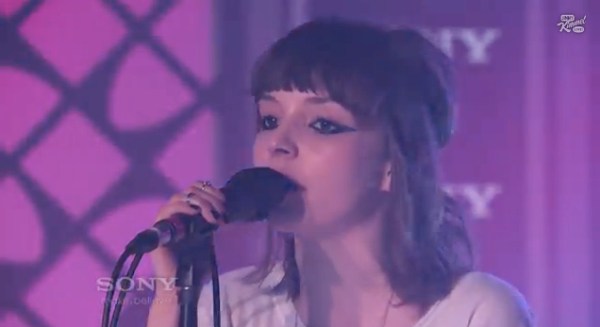 Chvrches first album, The Bones of What You Believe, was one of the most adored albums of 2013. Their follow up has been hotly anticipated and The Fader reports that we may not have to wait that much longer. The band has announced that they have finished the recording of their new album.

The news was announced via Chvrches’ Instagram, wherein they posted a picture of themselves with the caption “WHEN YOU ARE FINISHED RECORDING AN ALBUM AFTER 5 MONTHS IN THE STUDIO.” Is this all caps one of excitement, of relief, or of somebody just typing with the caps lock on? We don’t know. We also don’t know when the album will be released, but the track list has been unveiled as well. We don’t know those either, but Chvrches did give us a GIF of Ron Swanson dancing to celebrate the occasion, and shouldn’t that be enough?

Get excited, The Bones of What You Believe fans. You won’t have to wait much longer.