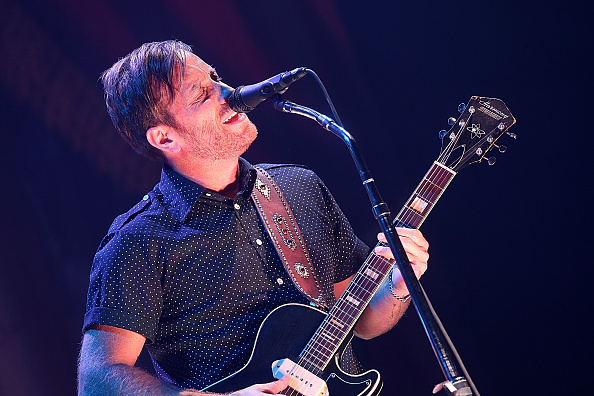 When we think of Dan Auerbach, The Black Keys is probably the first thing that comes to mind, and with good reason. For the last 15 years, they’ve been giving us the blasts of old school rock ‘n’ roll that we so sorely need, and over the last half-decade, they’ve had a surprising mainstream crossover appeal. But while Auerbach’s main act has done some great work, let’s not sleep on his work as a producer. Over the years, Auerbach has proven himself to be just as capable behind the controls as he is behind the microphone.

When Ray LaMontagne brought in Auerbach to produce his 2014 album Supernova, Auerbach’s influence was felt in a major way. In the past, LaMontagne’s music had largely been straightforward folk, but Auerbach brought in a psychedelic vibe that gave the album a sound unlike anything else LaMontagne has done. Tracks like the trippy “Julia” and “Lavender” in particular showcase his influence. Rather that a full-fledged solo album, Supernova felt more like a collaboration between Auerbach and LaMontagne, and it ranks among the best work either has ever made.

The key to Auerbach’s skills as a producer is that he doesn’t merely give you competent production, but rather, he lends his personality to the work in question. Consider Locked Down, Dr. John’s 2012 album, which Auerbach produced. On this record, Auerbach’s lo-fi raw power was infused with Dr. John’s voodoo-influenced funk they create a vibe that captured the individual qualities of each performer. Quite simply, when Dan Auerbach produces your album, he is going to leave an undeniable mark on the recordings. Essentially, Auerbach brings his own personality, while also fleshing out the personality of the artist he’s working with.

While his work with LaMontagne and Dr.John has shown that Auerbach is capable of breathing new life into the careers of already established performers, he is also adept at helping young performers develop their voice. Consider his work with country-rock singer Jessica Lea Mayfield. In 2008, at the age of 19, Mayfield released her Auerbach-produced debut With Blasphemy, So Heartfelt. The album was remarkably mature for an artist so young, but it also had a raw, rock ‘n’ roll edge to it, which has always been a signature of Auerbach’s work. The album felt clear, yet decidedly unpolished, the best of both worlds. Mayfield continued to develop her songwriting on excellent releases like Tell Me. Mayfield’s most recent album Make My Head Sing was her first album to not be produced by Auerbach, but his influence has clearly guided her work.

It’s understandable that people would primarily associate Auerbach with his work with The Black Keys, but he cannot be slept on as a producer. Over the past decade, Auerbach has shown an undeniable talent for helping young artists develop their sound and giving established musicians a chance to reinvent themselves, and also allowing the public to see their work in a new light. Decades from now, when we’re evaluating Auerbach’s legacy in the music world, chances are that we’ll talk just as much about his work as a producer as we do about his work as a performer.