Deftones Are Planning To Play A Concert Inside An Icelandic Volcano 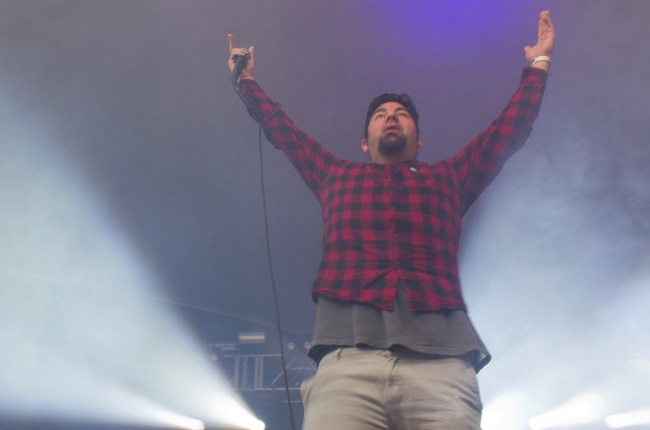 A Deftones concert, unless you are a rabid superfan, is probably just another ordinary show; they’re a hard-working band who tour across the world all the time. However, the set that the post-metal group are playing at Iceland’s Secret Solstice festival is one that will definitely draw a multitude of eyeballs. This is because Deftones will be playing inside a volcano. Yes, the inner workings of volcanos are not merely for Bond villains anymore.

According to the band, Chino Moreno, frontman of Deftones, will be playing from inside Icelandic volcano Thrihnuagigur. The report seems to indicate that the rest of the band will not be joining him, perhaps because space inside a volcano is limited, but, nevertheless, this is evidently the first time that an artist will be performing publicly inside a volcano, which is an assertion that is more than easy to believe.

And 20 lucky (?) fans will be lowered 400 feet into the volcano’s magma chamber for what should be one of the more unique concert experiences. Now, it must be noted that Thrihnuagigur has not erupted in 4,000 years, so it is considered a dormant volcano. That means that, despite Iceland’s reputation as a volcano hotbed, there is no immediate danger of, you know, the volcano erupting and spewing forth lava and such. Thankfully, a handful of people can watch Chino Moreno in peace inside what formerly would be known as a total death trap. Somewhere, another band is probably trying to find out if it’s possible to perform on an asteroid.