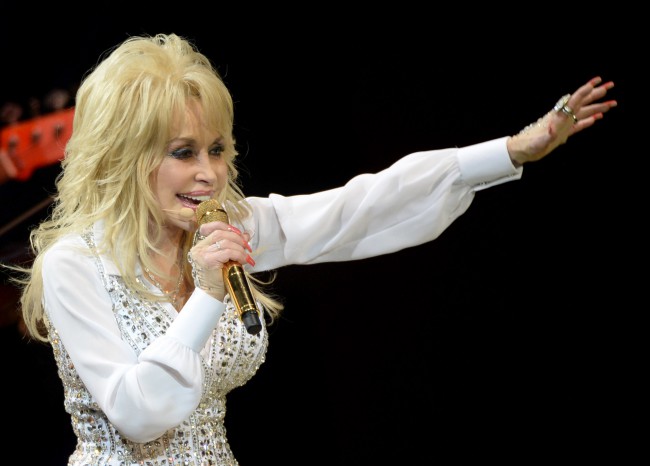 We wanted a biopic made of Dolly Parton, and now we’re getting one. Kind of. NBC will be adapting Parton’s ode to the other woman, “Jolene,” into a made-for-TV movie.

Making a movie out of a song with only 202 words, 31 of which are “Jolene,” will probably be a challenge. Writer John Sacret Young (The West Wing, China Beach) is already attached to the project with Sam Haskell as the film’s executive producer:

The song, about a woman named  Jolene whom the singer believes is trying to steal her man, is said to be inspired by a bank clerk who flirted with Parton’s husband Carl Dean soon after they were married.

“Jolene” is one of Dolly Parton’s most covered songs with versions by The White Stripes, Olivia Newton-John, and Alison Krauss. It was also sung by Dot Marie-Jones in the third season of Glee, and Parton performed a special duet of the song with her goddaughter Miley Cyrus.