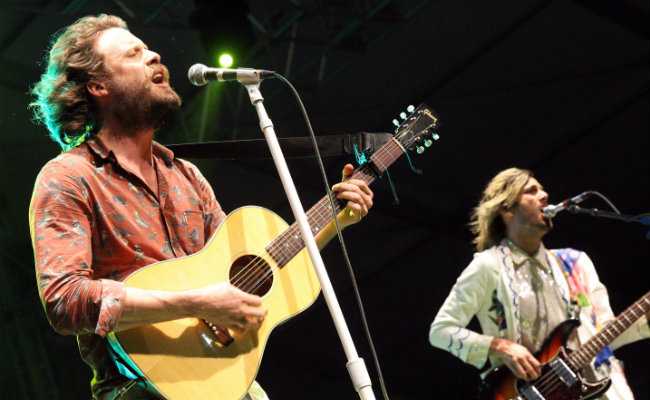 Father John Misty, the public persona of musician Josh Tillman, is not known for sincerity. The act Tillman adopts on stage and beyond is a brash, ironic character that he has cultivated, and that’s part of the charm. However, beyond the rabble-rousing and the winking at the audience, there is an actual person, and he has been thrust to the forefront due to the oft discussed “bathroom bills” that have been popping up around the country, most notably in North Carolina where Tillman has an upcoming gig.

Father John Misty will still perform his scheduled show April 27 in Charlotte, but he will donate the proceeds from the concert to Time Out Youth, a Charlotte-based LGBT support center. “The bill is obviously bullsh*t. [If] I thought playing a show for my fans in North Carolina was in any way some tacit endorsement of this fearful, petty, ignorant nonsense, I wouldn’t,” he said to Rolling Stone, adding, “But for me, this show represents a start in investing in the plight of other Americans.”

Since the passing of HB2, a bill that limits the rights of LGBT people, many a musician have spoken out against it. A litany of notable musicians, such as Bruce Springsteen, Pearl Jam, and Ringo Starr, have all cancelled shows in North Carolina in protest of the law. Though some, like Against Me!, Cyndi Lauper, and now Father John Misty, have decided to take the fight right to the embattled state itself.