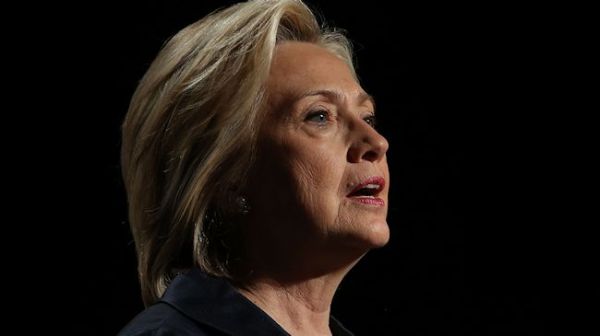 It’s no secret that Kanye West has his eyes set on the White House. And presidential candidate Hillary Clinton just might put him there.

In an interview with BuzzFeed, Clinton said there might be a spot for Yeezy in her administration.

“I might want to give [Kanye] some additional experience so he’s got, on all the other things he’s done on his resume, he’s got some kind of envoy role or something he could point to.”

She went on to say that she “would not rule out anybody for Vice President.”

Though West pretty clearly announced his campaign plans on a whim, he’s since doubled down on the idea of running for the top spot in the land in 2020. His Vanity Fair interview positioned him as the most amenable candidate in quite a while.

“When I run for president, I’d prefer not to run against someone. I would be like ‘I want to work with you.’I think all the people running right now have something that each of the others needs. But the idea of this separation and this gladiator battle takes away from the main focus that the world needs help and the world needs all the people in a position of power or influence to come together.”

Hillary told BuzzFeed that she’s already asked Kanye to work with her, by not running in 2020.

“I’ve told Kanye that I think he might want to wait. Cause I’ll be running for reelection.”

Hillary isn’t the only one dropping advice. President Obama recently gave Kanye a few tips for any future campaign.