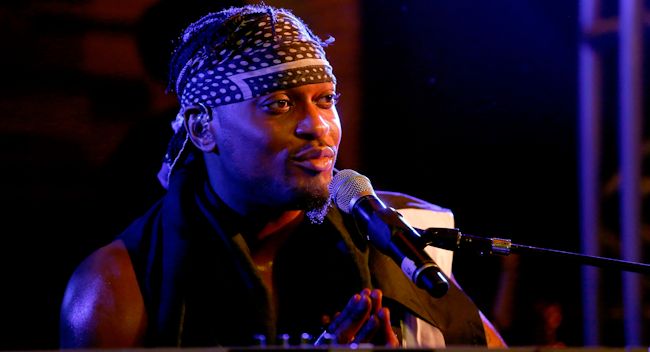 A little more than a year ago, D’Angelo made his triumphant return to the music world with the critically acclaimed Black Messiah. It had been just shy of 15 years since he released the beloved Voodoo. Despite the extremely long hiatus, D’Angelo was immediately welcomed back into the public consciousness. He gave a powerful performance on Saturday Night Live, and the music world at large was extremely grateful to have him back. It speaks a lot to just how much staying power D’Angelo has that he was able to essentially vanish off the face of the Earth for a decade and a half and immediately be welcomed back with open arms.

For most artists these days, the exact opposite is true; if you stay out of the public conscious for too long, you run the risk of losing your career. In the age of Twitter and Instagram, reactions are immediate, and there is a seemingly never-ending race to keep the public-at-large thinking about you. If you fail to keep up with the ever-evolving zeitgeist, it could leave you behind at any moment.

Perhaps the best example of how an artist can get swallowed up in the immediacy of the social media world would be Meek Mill, who memorably fared poorly when he started a feud with Drake this past summer. After making the rather serious charge that Drake uses ghostwriters, Meek faced an onslaught of diss tracks from Drake, and had no immediate response. When he finally attempted to come back with a retort of his own, the reviews were less than stellar. The general vibe was that Meek had tried to start a fight with someone bigger than him, and promptly had his lunch eaten.

But while Meek was certainly embarrassed by the whole fiasco, it is worth noting that in a different era, things might have gone down a lot differently. When Jay Z and Nas were engaged in one of the biggest rap beefs of all-time, Nas had months to respond to “The Takeover” with “Ether.” Meek had days to respond to Drake, perhaps even hours. He was unable to work under the strict time constraints of the modern era, and he suffered dearly for it. It’s telling that the only reason this humiliation didn’t end his career is that he was able to re-enter the public’s good graces when “Lord Knows” was used in one of Creed‘s most memorable scenes. That’s basically rule #1 these days; if you can stay in the public conscious, you can stay famous.

So, does this mean that we’re going back to the old standard of the ’60s and ’70s, when artists released albums at a clip of roughly one per year? Not exactly. Admittedly, Drake and Future are both releasing new music — both solo and with each other — at rather high rates these days, but they are the exception to the rule. No, artists can still go two to three years between full-length albums, but now they have to find some way to stay in our minds while working on new music.

Take Beyonce, for example. It’s been more than two years since she shocked the internet with the midnight release of her self-titled album, but she’s continued to be an omnipresent force in popular culture. Most recently, it was with her video for “Formation,” as well as her performance at the Super Bowl. The Black Power message of the song, the video, and the performance are being debated endlessly, with takes pouring in left and right, but no matter how you felt about it, this is good for Beyonce. We have no idea how long it will take her to finish her new album, but now “Formation” has quickly become the most talked-about single of 2016. It was a reminder of Beyonce’s remarkable ability to get the public thinking about her, and a fine example of why she’s put together such a storied career.

Just to be clear, this is not to say that Beyonce is doing this cynically, or that the message behind “Formation” had no motive other than staying in the public eye. No, this is just saying that Beyonce is the type of provocateur who can keep the public thinking about her throughout the arduous process of recording an album, and in today’s world of instant reactions, that is an invaluable skill.

The days when an artist could stay out of the limelight for even two or three years and expect to remain at the same level of fame are a thing of the past. The social media age has allowed our already-short attention spans to shrink even further; if we go too long without thinking about you, we just might forget that you exist altogether, or be incredibly critical upon your return. D’Angelo is a noteworthy exception to the rule; an artist whose work was so memorable he was able to disappear for 15 years and immediately be welcomed back with open arms. For the vast majority of pop artists, the reality is quite the opposite of that. If you aren’t giving us something to digest — an album, a single, a controversial tweet — we’ll move on from you as quickly as we embraced you, often forgetting you were ever there to begin with.