Keith Richards Throws Down On The Beatles’ ‘Sgt. Pepper’ As A ‘Load Of Rubbish’ 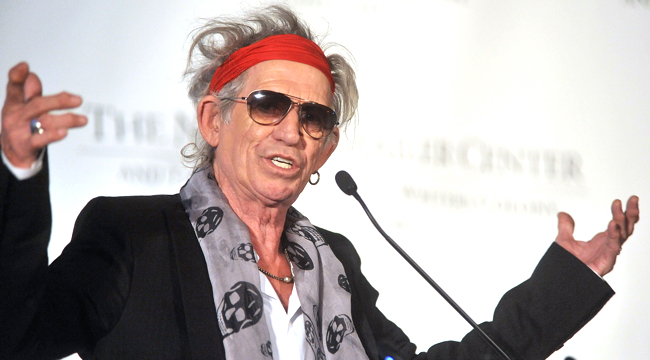 The continued beef between Meek Mill and Drake is only the latest in a long musical tradition of adult men fighting like teenagers. And now comes the fully grown Keith Richards taking a swipe at The Beatles in a new interview with Esquire. Richards is promoting his new solo album, Crosseyed Heart, which is a stripped-down, bluesy work. Richards calls the blues “probably the original musical form in the world.” He honors his musical roots, and he despises musical imitators who don’t do the same.

Richards takes issue with how The Beatles went straight from pop-oriented fare to a relatively complex concept album, Sgt. Pepper’s Lonely Hearts Club Band, whereas the Rolling Stones dug their heels deep into blues and folk influences from the beginning. The journo kisses some Richards tush by noting a preference of listening to The Stones’ albums more often. Richards agrees and elaborates:

“The  Beatles sounded great when they were the Beatles. But there’s not a lot of roots in that music. I think they got carried away. Why not? If you’re the Beatles in the ’60s, you just get carried away — you forget what it is you wanted to do. You’re starting to do Sgt. Pepper. Some people think it’s a genius album, but I think it’s a mishmash of rubbish, kind of like Satanic Majesties — ‘Oh, if you can make a load of sh*t, so can we.’ “

Richards, who normally doesn’t care what people think, tempers his statement by also characterizing The Stones’ Satanic Majesties Request as “a load of sh*t.” Very sly. He’s trying to explain away his inferior album as a response to Sgt. Pepper, but The Stones only released their psychedelic “load of sh*t” six months after Sgt. Pepper. That would be an incredibly quick turnaround for a pre-digital age album.

Richards certainly isn’t the first Beatles contemporary to show little respect for Sgt. Pepper. Back in 1967, Bob Dylan listened to the album and told Paul McCartney, “Oh I get it. You don’t want to be cute anymore.” Oh, that 1960s psychedelic shade!